Beaverton, OR – When Drake rapped “Checks over Stripes” on Travis Scott’s award-winning single “Sicko Mode,” it wasn’t just a slick swipe at adidas. Being a Nike mascot has been a way of life for Hip Hop music’s biggest draw for some time now, and he went to great lengths to flaunt the extent of his relationship with his new videon”Laugh Now, Cry Later.”

The gorgeously shot, Dave Meyers-directed video makes good on said relationship by taking advantage of the pandemic-barren Nike headquarters in Beaverton, Oregon and having a ball. However, that is far from the extent of Nikeness to be had for the Lil Durk-assisted presentation.

Is Drake Getting His Own Nike Shoes?

When the “Laugh Now, Cry Later” video premiered on Friday (August 14), sneakerhead sleuths were quick to notice Drake hopping out the uber-exclusive Vision Mercedes-Maybach Cabriolet with something fresh, white and full of perforations reminiscent of Scottie Pippen’s storied sneaker, the Air More Uptempo.

An official Drake sneaker would once again solidify Hip Hop’s dominance in American culture. Fellow rap legend J. Cole just made waves with the release of his own basketball sneakers, a move Drake’s actually been teasing for several years. In 2013, he joined Nike’s Jordan Brand as an ambassador, allowing him to get custom Air Jordans in his gold and black OVO colorways but nothing official.

An OVO x Air Force 1 Low is potentially on the way for 2021…⁶𓅓 👀 Stay tuned for more info. Via @sneakerfiles (Mock-up used for visual purposes only!)

Although the visuals don’t align up, it is widely rumored there is an OVO x Nike low-top collaboration in the works. The arrival date is being reported as early as January 2021.

A Glimpse Inside The World Famous Nike Company Store

Joined by influencer Aggy Abby, Drake had his way at the Nike Employee store: a utopia both known for its bottomless inventory and insane discounts.

Don’t pretend to be surprised if a ridiculous receipt surfaces on Instagram leading up to the release of Certified Lover Boy.

Largely renown as the NBA’s most lethal shooter, the Brooklyn Nets’ star got some lightwork rehab action in at Drizzy’s expenses. A longtime Nike rep, his KD shoes range from mid to low-tops and alternate between fashion and sturdiness.

The NFL’s fashion king and owner of the most stylish touchdown catch of all-time showed wide receivers can have quarterback skills too (while allowing Drake to reenact “The Catch” with some big ass baker’s mitts).

Although his kicks weren’t the focal point for “Laugh Now, Cry Later,” sneakerheads worldwide count his zany — yet brilliant — designs among the most coveted in the market. 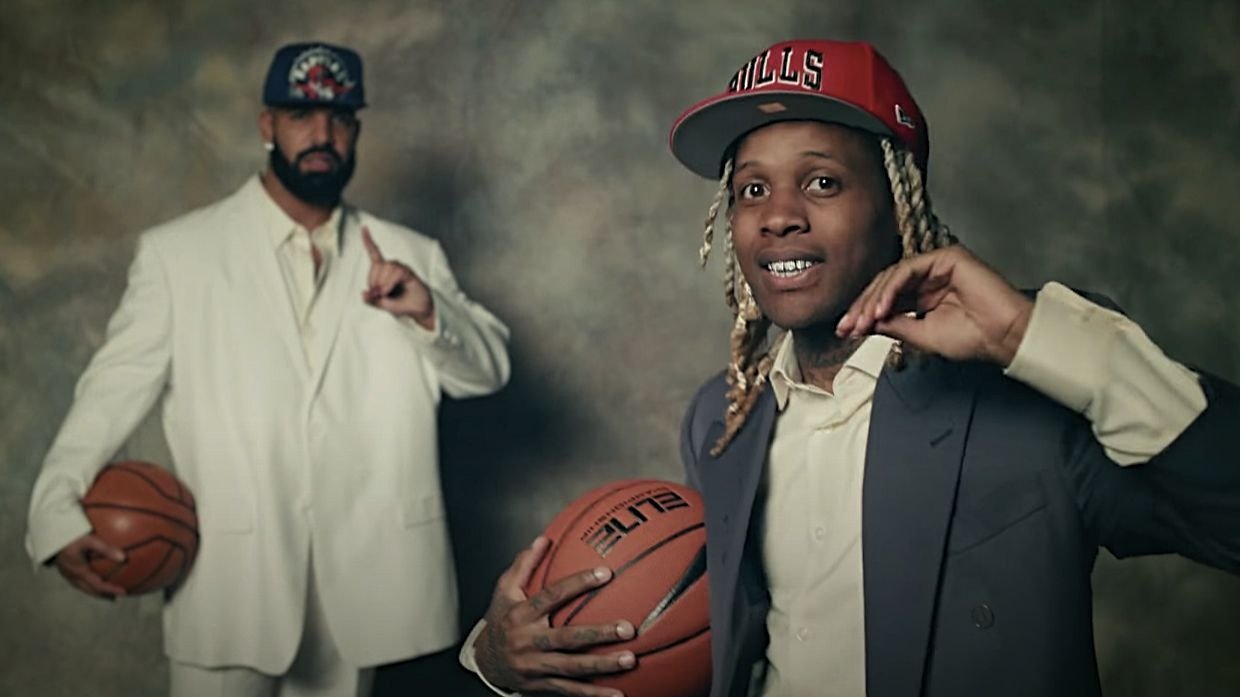 Whether he’s menacing the turf or holding down Oakland in retirement, Marshawn “Beast Mode” Lynch’s reputation is encased in granite. His cameo exemplified such a rep by giving Drake the hit of a lifetime following his reenactment of “The Catch.”

The legendary running back’s relationship with the Swoosh is actually mired in controversy. Back in 2011, the NFL fined him $10,000 for rocking a custom pair of Nike cleats emblazoned with Skittles imagery (the admitted source of his uncanny power).

As the video comes to a close, a placard of Drake’s album initials “CLB” — accompanied with a rose — fades things out. That same imagery can be found on Odell Beckham Jr.’s hoodie during his candid scene.

Even an artist as huge as Drake won’t be able to conquer the world’s coronavirus hurdle and create a vibe through touring. However, the chances of him making a killing off merchandise and apparel are extremely high.

Relive the full “Laugh Now Cry Later” video below and look out for the Certified Lover Boy release date.