Boosie Badazz is finally addressing the issues he has with Webbie after refusing to talk about them in March.

On Thursday (May 14), the Baton Rouge-bred rapper hit up Instagram and unleashed on Webbie, essentially calling him out for never reaching out while Boosie was behind bars.

“U coulda call me nigga smh,” he began. “smh truth is you NEVER sent my mother a ‘dollar’ n y’all had FREE BOOSIE concerts all over SHE NEVA GOT A DIME SMH you lyin bra @wakaflocka @yogotti @jeezy HIT HER WITH STACKS WHY NOT YOU. Everybody know I’ve tried to help you millions of times. Every time we’ve tried to get you n the studio u leave. Trill even tried gettin writers for you out bra.”

Boosie then insinuated Webbie was difficult on tour despite the decent amount of money he was making.

“2 years ago U wouldn’t even clear tootie song saying you made the title ‘ITS UP’ really,” he continued. “U was down gettin 7k a show. I put you on my tour and gave you 10k for 7 shows out my pocket so you be straight bra. N WHAT U DO tried to sank the whole tour missing dates not doing radio etc. telling the DJ you only doin 3 songs.

“ive tried to get you features u refuse 7500 over n over again n that’ more than your show price. U want me to be like n have hate for all the artist n da game n that’s fake. The rap industry that u think hate u actually have respect for u nigga. U THE ONE TO BLAME FOR YOUR DOWNFALL. I CANT MAKE U RAP N I CANT MAKE U HUSTLE. IT GOTA BE BORN N YA.” 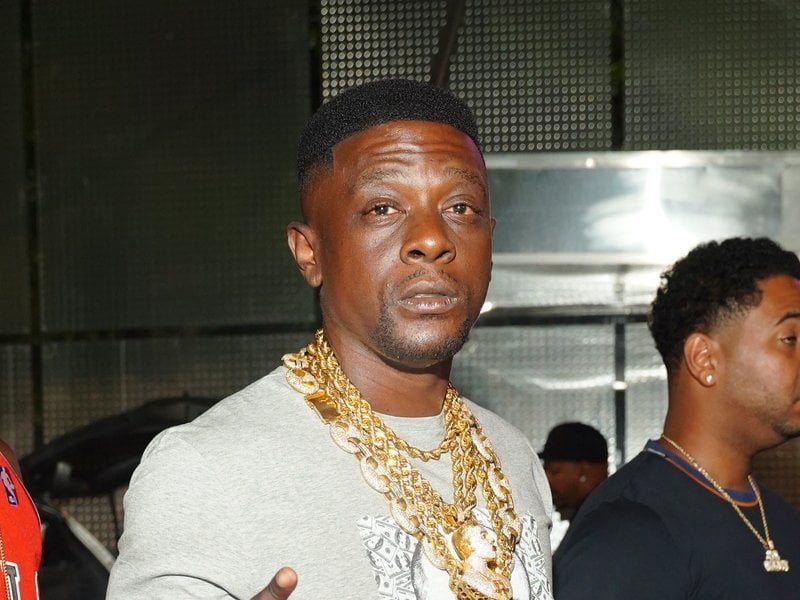 Boosie Badazz Gets Heated Over Webbie Question On Instagram Live

Finally, Boosie’s emotions seemed to reach a fever pitch before he ultimately decided to leave it up to his higher power. He then apparently deleted his entire Instagram account but whether it’s because of the latest controversy surrounding his parenting choices or Webbie remains to be seen.

“BUT FOR YOU TO SAY YOU TOOK CARE OF MY FAMILY THAT’S A BOLD FACE LIE [100 percent],” he added. “U SCREAMED MY NAME BUT YOU ‘NEVER’ GAVE MS CONNIE NOTHING BRA, NEVER PUT NOTHIN ON MY BOOKS, U NEVER WROTE ME A LETTER, U NEVER TRIED TO COME VISIT ME N U AINT EVEN A FELON SMH.

“STILL I COME HOME TRYING TO HELP YOU. U BLAME EVERYBODY WHEN ITS U. shakeback @webbie I’m go PRAY FOR YOU NIGGA. The truth has been spoken.”

The last time Boosie spoke on their relationship, he assured his fans there was no beef. In fact, he entirely dismissed the notion during an interview with VladTV in January.

“I ain’t got no beef with Webbie, man, hell naw,” he told DJ Vlad. “I could never beef with Webbie. Hell naw! It ain’t me dawg, we just don’t see eye to eye on some shit,” he explained. “It ain’t me. I still love him, [but] I feel like it ain’t me. That’s my nigga. I love that nigga. I been through a lot with that nigga. I just … I gotta keep going. I’m a train, dawg. I gotta keep on going.”

Revisit his comments below.