HipHopDX – This week in Hip Hop, sales wars spilled over into the conversation (as it appears Big Sean has officially bested Tekashi 6ix9ine for the Billboard 200) as YoungBoy Never Broke Again, Conway The Machine, T.I. and Young Thug all dropped new grease on the fire.

But the power of Hip Hop’s visibility and marketing couldn’t be more evident this week.

After 9+ months of unpredictable 2020ness, Lil Baby has emerged as the only artist in music to receive a double-platinum certification this year. He topped Vevo’s 2020 Hip-Hop Artists list last week as well.

“Two Times Platinum In 6 1/2 months ….. Thank You …,” the Atlanta-bred rap star exclaimed on an Instagram with a pair of exploding head emojis on September 11.

Released on February 28, My Turn is the reigning selling and streaming album in the United States this year with over four billion streams to date — and counting. The project featured appearances from Future, Lil Uzi Vert, Lil Wayne, Young Thug, Gunna, 42 Dugg, Moneybagg Yo and Rylo Rodriguez and boosted by the singles “Woah,” “Sum 2 Prove,” “Emotionally Scarred” and “All In.” 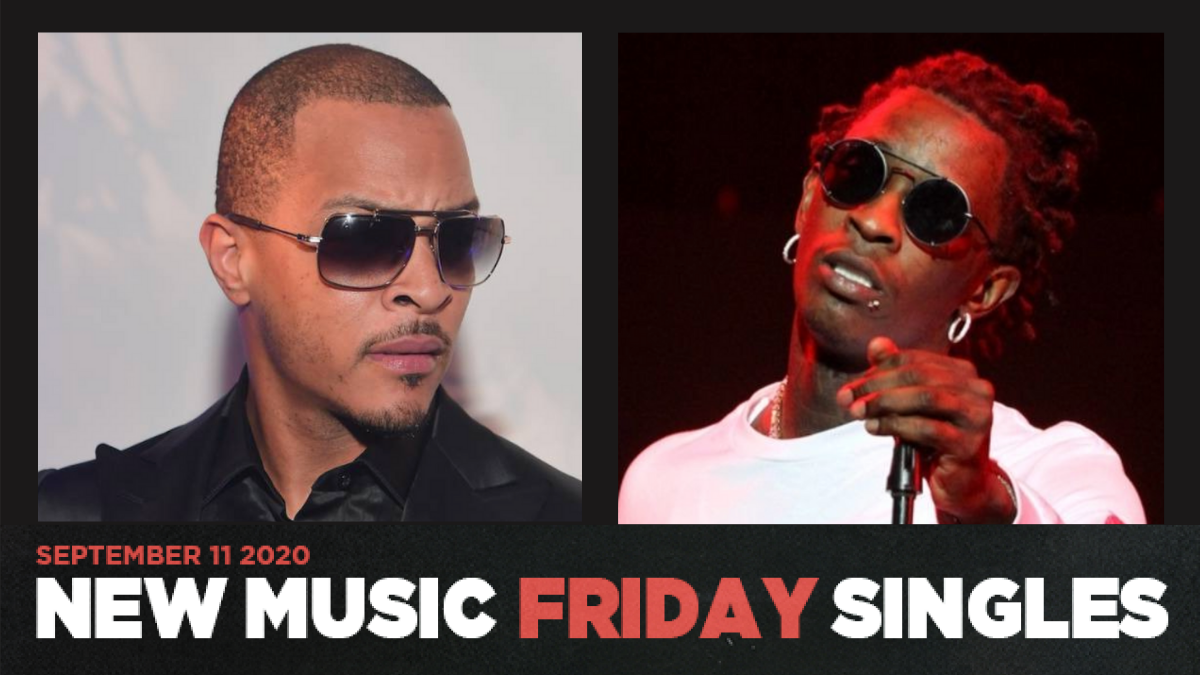 For years, Travis Scott has been a walking, talking brand, having made money with everyone from Nike to video games to limited-edition collectibles. But on September 8, the Astroworld architect became the first celebrity McDonald’s Meal endorsor since Michael Jordan in 1992, making him also the first rapper with the distinction. The global ubiquitous fast-food chain introduced the Travis Scott meal, which consists of a Quarter Pounder with cheese, bacon, lettuce, pickles, ketchup and mustard; medium fries with BBQ dipping sauce and a Sprite for $6.

To capitalize on the capitalism, Scott released an exclusive Cactus Jack x Mickey D’s merch line that featured a $90 Chicken McNugget body pillow and a $45 retro metal lunch box, much of what has been sold out by now.

In a statement, Scott was sure to note the partnership wasn’t simply designed to line his pockets.

“I couldn’t be more excited to bring the Cactus Jack x McDonald’s collaboration to life,” he said. “We are bringing together two iconic worlds. Including a charitable component was key for me, and I can’t wait for people to see what we have in store.”

Although fans were indeed “lovin’” the euphoria, not all of Hip Hop was on board for the new batch of burgers. While speaking to his near-million Twitter followers, rap rookie sensation NLE Choppa urged fans to rethink their diets altogether writing, “Put them Travis Scott burgers down go to the farmers market go eat some vegetables eat plant based foods.”

A week after being heralded for standing his ground against Spotify’s alleged lowballing, Joe Budden found himself on the defensive end of the court.

On September 8, alleged court documents and leaked audio brought forth from his former fiancée Cyn Santana made their rounds on the internet, enthralling everyone who interacted with the news, as they claimed Budden sexually molested his pet dogs in the past. The claims were bolstered by an old clip from The Joe Budden Podcast where the outspoken host happily asked, “Why do I always want to make the dog feel good by playing with their fucking privates?”

Budden sharply responded to the allegations saying, “I don’t fuck dogs. I’m not here to talk to the people who believe I abused the very women I have taken care of. It’s just not who I am. It’s not who I’ve been. And this comes off two weeks of me exposing some truths about different corporations — Spotify, iHeart. I won’t say that this is a calculated smear campaign because I don’t think it’s that calculated, I just think people are stupid.”

He also aligned himself with the growing chatter that he was a victim of a smear campaign by sharing a post from producer Isaac Hayes III.

Internet, some of us were here before you.. we understand how you work. #ThePlanIsStillThePlan #ProtectBlackAndBrownWomen #ProtectAnimals & #AvoidTheGhettoGoofyShit Love & Light to y’all.

“Internet, some of us were here before you.. we understand how you work,” Budden added to the Hayes’ tweet. “#ThePlanIsStillThePlan. #ProtectBlackAndBrownWomen #ProtectAnimals & #AvoidTheGhettoGoofyShit. Love & Light to y’all.”

Budden’s wild week comes on the heels after another ex-girlfriend, Tahiry Jose, claimed he was abusive throughout the bulk of their relationship.

T.I.’s Team Responds To SEC Fining Him $75K For Role In Cryptocurrency Fraud

Tip shares with HipHopDX his perspective of the recent turn of events.

Raised On Lil Wayne, Ken The Men Talks Switching Up Her Style After Realizing The Punchline Era Was Over

Some insight as to why women rap the way they do.

A side of Tariq Trotter that’s rarely discussed.

How One St. Louis Rapper Flipped ‘WAP’ Into A Powerful Song About Police Brutality

They have their own documentary dropping soon too.