Los Angeles, CA – Rihanna is getting back to work following an electric scooter accident earlier this month. The 32-year-old Barbadian beauty and Young Thug were seen working together on set in Los Angeles Sunday night (September 13) as part of a “secret project,” according to shots captured by celebrity photographer Diggzy and Daily Mail. 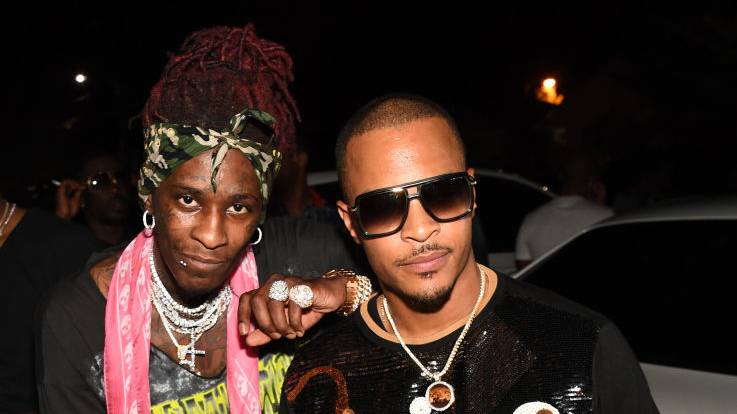 Rihanna sports a mask and sunglasses, as Daily Mail notes she looks to be directing the shoot while reviewing what’s taken place on a large projector screen. She was spotted at different times alongside Thug and her stylist Jahleel Weaver.

Rihanna and Thug have yet to officially collaborate on the music front, but Thug did team up with Yo Gotti back in 2015 on a song named after the Anti singer and Thugger also titled a JEFFERY track “RiRi.” Rihanna and Thug even hit the studio together in 2015.

On Friday (September 11), Thug connected with T.I. once again on the menacing “Ring.” The Atlanta duo has joined forces on a number of occasions over the years and T.I. promised it was another “instant classic.”

Rihanna was involved in an accident while riding an electric scooter at the beginning of the month. Her reps confirmed to TMZ the scooter flipped over and hit her in the head causing her to fall off and suffer a few bumps and bruises across her body and face.