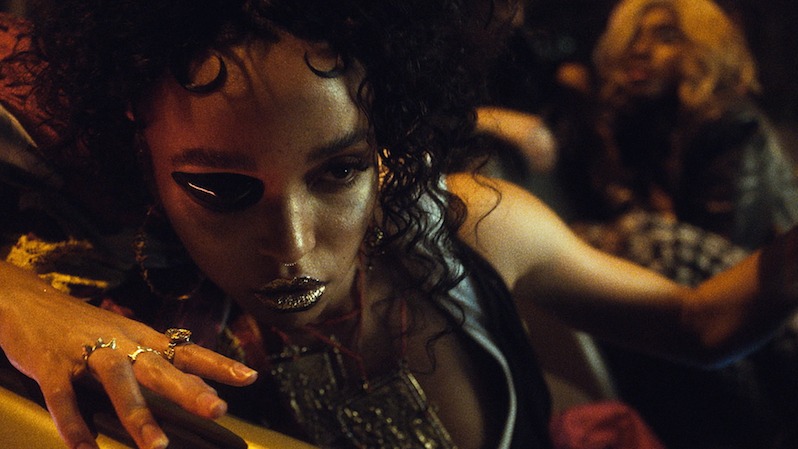 On November 8, FKA Twigs will release her sophomore album MAGDALENE, via Young Turks. And she’s already delivered a couple of singles from the album, including “Cellophane” and “holy terrain” (featuring Future). Today, she’s issued a third single from the album, titled “Home With You,” along with a self-directed video for the new track. The clip is a darkly lit party with lots of moving bodies (and butts) and that eventually finds FKA Twigs herself seeking freedom outside in a convertible, while the song itself veers back and forth between tender piano ballad and harsh industrial nightmare. Check it out below.