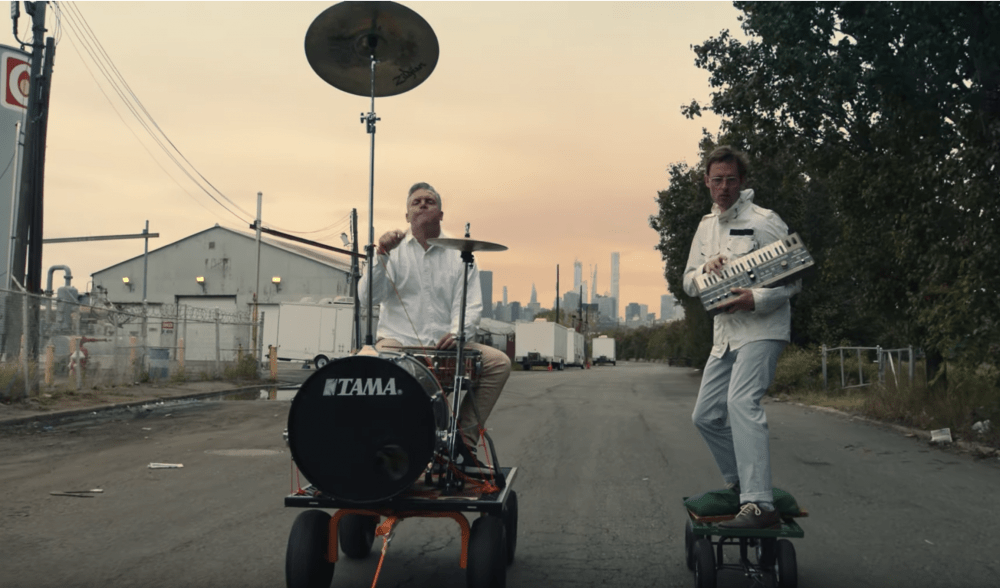 Battles recently released their new album, Juice B Crypts, which includes guests such as Tune-Yards and Yes vocalist Jon Anderson, as well as some of the best grooves in the band’s catalog. Today, they’ve shared a new video for standout track “Fort Greene Park,” which is something of a tribute to the band’s home base of New York City. The clip, directed by Colin Read, begins with a baby climbing a large set of stairs before it explodes into a cavalcade of joggers, kids with unicorn helmets on scooters, and various other people on DIY transport. It’s a fun, epic, and entirely in-character visual aid for the music of Battles, which of course finds the duo performing their music on their own makeshift vehicles. Watch the Battles “Fort Greene Park” video below.