From her 2014 debut mixtape, Cloud 19, to her just-released sophomore effort It Was Good Until It Wasn’t, Kehlani‘s consistent growth has been tangible. Her lyrical content has gotten stronger as her accolades simultaneously mount up.

Of course, fame has its downsides, too.

Coming into stardom while still learning and growing on a personal level has left for public headlines of sometimes-messy private matters for the 25-year-old mother. Yet, if you take away the “celebrity” aspect of any of the relationships that have made for public fodder, they’ve all been relatively standard happenings for a young 20-something.

Unfortunately, Lani’s often been held to a much-higher standard than her male counterparts, and ends up catching a lot of heat for the way she boldly wears her heart on her sleeve. One could say the hopeless romantic in Kehlani fits the standard “soft” profile of an R&B singer, but actually, it makes her harder than even your favorite rapper’s favorite rapper.

It Was Good Until It Wasn’t dropped on Friday (May 8), in the middle of a global pandemic. Despite the fact we can’t leave our homes for much and collaborating on art in person borders on impossible at the moment, Lani has managed to release self-directed music videos, gotten creative for promotional photo shoots and found new ways to be visible – while bouncing back from a public breakup just three months ago, balancing being a new mom and retiring her mother in the process.

And she writes her own shit. 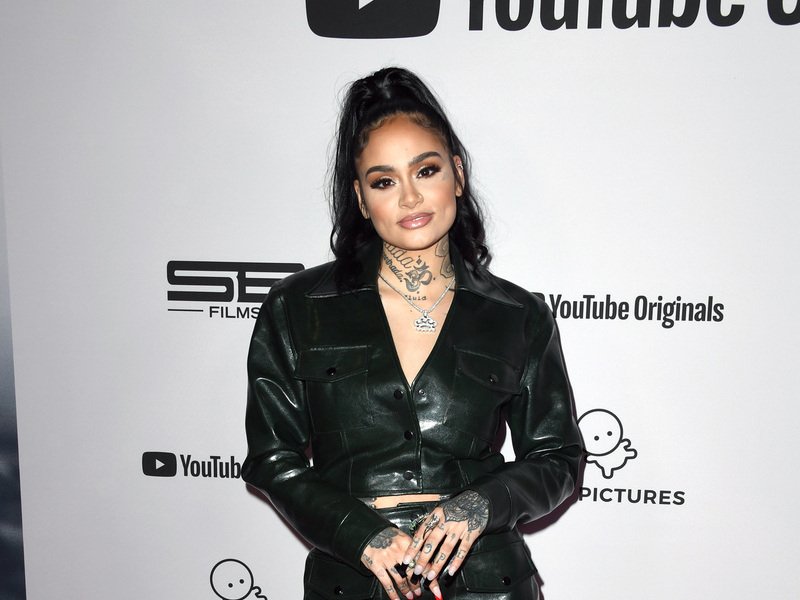 Kehlani Releases ‘It Was Good Until It Wasn’t’ Album

As of Thursday (May 14), the album is neck in neck with Nav’s Good Intentions for a No. 1 debut on the Billboard 200 according to HDD, with a predicted 75-80,000 units in equivalent sales. In celebration, HipHopDX broke down just five of the many ways the pint-sized songstress goes harder than most.

1. She bares every scar, no matter how ugly.

Shortly after a potential cheating scandal that she remained mum on, Kehlani and YG professed their love for one another with the Valentine’s Day release of his song, “Konclusions.” The very next day, the singer revealed their nasty breakup in a brand new song, “Valentine’s Day (Shameful).”

Most normal people would prefer to deal with the enormity of a breakup like that in private as it is. When you add in someone whose relationships have been cruelly dissected over the years, that course of action becomes even more justified. For Kehlani, however, she did what she absolutely does best and turned her pain into art, regardless of any critique that would inevitably come.

2. She’s worked with some of the biggest rappers in the game.

Before she even had an album out, Kehlani had a Chance The Rapper feature on her 2015 mixtape, You Should Be Here. (The project became one of the first-ever mixtapes to receive a Grammy nomination, by the way.) And over the years, she’s built up a lengthy résumé that includes collabs with even more huge names, including Eminem, Cardi B, Tory Lanez, Megan Thee Stallion, Dom Kennedy, Pusha T, A Boogie Wit Da Hoodie and more.

3. Your fave doesn’t have the range.

Kehlani will sing about taking your girlfriend OR your boyfriend, depending on how she’s feeling. Her arsenal ranges from Bay Area slaps that induce ugly Thizz faces to deeply emotional ballads about her feelings, radio-friendly pop hits, base-heavy hip-hop records and even a sprinkle of dance tracks on occasion. Everybody eats, b.

4. Her merch game is on another level.

Merchandise has become a staple in an artist’s repertoire, but few artists handle their drops with the care and precision that Kehlani does. Unlike most promotional items that you catch from the balcony at a show that end up in the back of your closet for use on laundry day, Kehlani and her team work closely with designers to create clothing that reflects every new project and era that the Bay Area native has ushered in. Just peep a few of her latest drops including an It Was Good Until It Wasn’t (IWGUIW) bucket hat, this long-sleeve shirt and this “F&MU” tee.

Not much has to be said here, as her tattoos speak for themselves.

“I also need to clean my tattoos off because I’m not tryna cover them up,” Kehlani said in a recent makeup tutorial for Vogue. I’m very, very proud of my tattoos.”

Stream Kehlani’s It Was Good Until It Wasn’t here.