Boosie Badazz has returned with a video for “Who Am I To Judge” shortly after refusing to apologize for the transphobic comments he made about Dwyane Wade’s child. Throughout the duration of the track, he defends his position and insists allowing a 12-year-old child to choose their gender is a profound mistake.

“Mama told me shut the fuck up, who are you to judge?” he spits. “Act like you ain’t livin’ like a thug nigga/But ma, that man wrong/That’s a god damn child/I just felt I had to speak my mind. But who am I to judge if it’s true or not?

“A lot of people mad at me/Want to take me out/Just ’cause I said what somebody shoulda said/What the world gonna be if a nigga die?/They lied on me, man, so many times/Guess I forever gonna be the bad guy.”

In February, Wade appeared on Good Morning America to discuss his child’s transgender journey and Boosie swiftly threw in his two cents, begging the NBA star not to “cut his dick off.”

“I gotta say something about this shit,” he said on Instagram. “Dwyane Wade, you’ve gone too fucking far, bro. That is a male. A 12-year-old. At 12, they don’t even know what they next meal gonna be. They don’t have shit figured out yet. He might meet a woman at 16 and fall in love with her, but his dick be gone.”

During a recent interview with The Breakfast Club, Boosie said he refused to apologize for his comments and revealed JAY-Z almost got involved.

“It’s kinda fucking with my money, but I meant everything I said and I’d say it again,” the 37-year-old rapper told Charlamagne Tha God. “They were trying to hook up some shit with a meeting with JAY-Z. They say JAY-Z was gonna get him on the phone and all that shit, I need to apologize to save this and save that, that I got coming up. 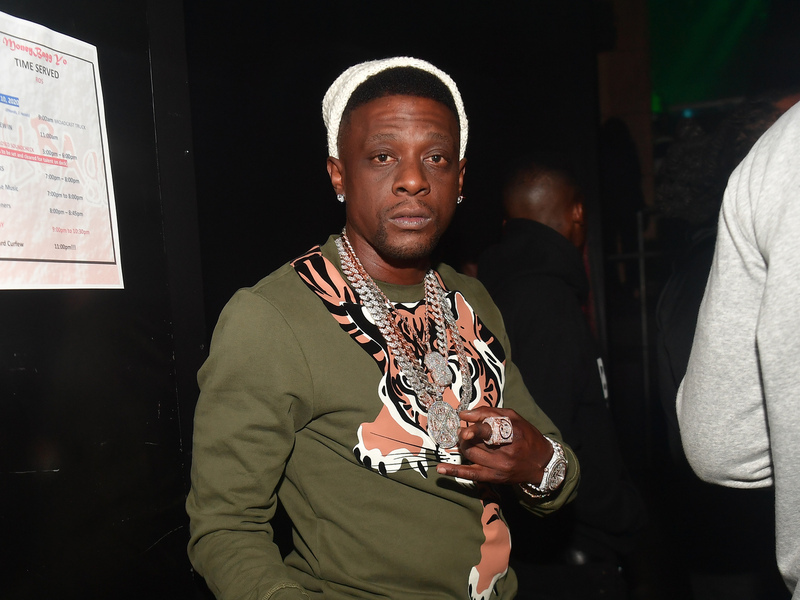 Boosie Badazz On Not Apologizing For Zaya Wade Comments: ‘I Don’t Give A Fuck If Jesus Call’

“Hey, tell JAY-Z I don’t wanna talk. I’m not apologizing for shit. I don’t give a fuck if Jesus call and tell me to apologize. I said what I said, man. I felt that was right.”

Check out the interview below.