Cardi B made her grand return with a video for “WAP” featuring Megan Thee Stallion on Friday (August 7).

With all eyes on her, Beats 1 snagged the Grammy Award-winning rapper for an interview about the making of the song, what it feels like to drop a song after nine months of radio silence and how she never felt welcomed in the music industry.

At one point, the 27-year-old Bronx queen appeared to salute Nicki Minaj for her lengthy (and lucrative) rap career.

WAP Available now on ALL platforms!!

Of course, Nicki and Cardi have a history of contentious interactions both online and off. In September 2018, Cardi allegedly threw a shoe at Nicki during New York Fashion Week but it turned out she was attempting fight Nicki’s friend Rah Ali. Following the melee, Cardi declared war on Nicki via Instagram.

Following her rant, the two rappers ended things on a peaceful note with Nicki tweeting, “Ok you guys, let’s focus on positive things only from here on out. We’re all so blessed. I know this stuff is entertaining & funny to a lot of people but I won’t be discussing this nonsense anymore. Thank you for the support & encouragement year after year. Love you.” 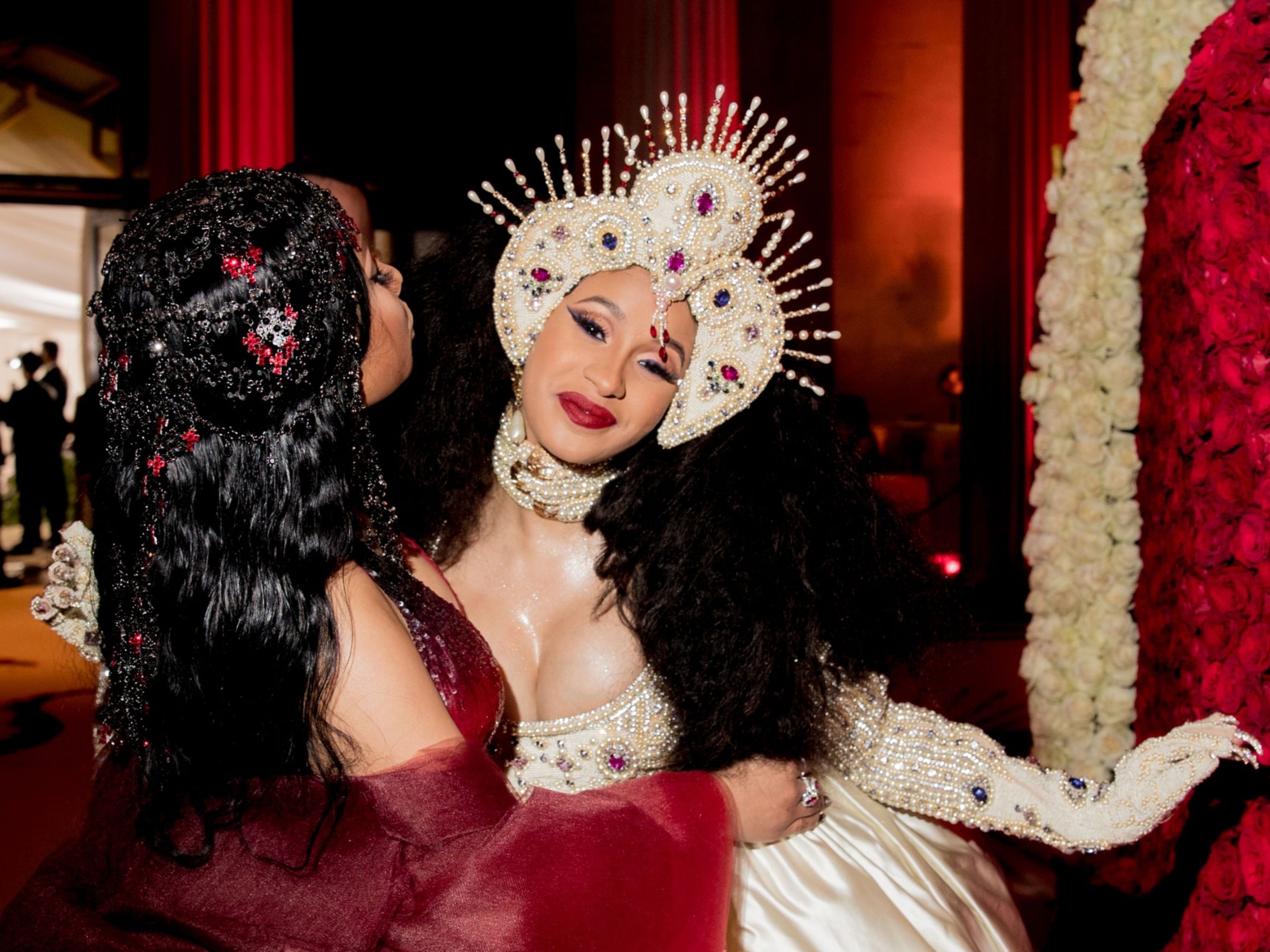 Since then, Cardi seems to have done a lot of growing up — she married Migos rapper Offset and had a daughter. During the Beats 1 interview, she also seemed to understand pitting two female rappers against each other is something people just naturally do.

Nicki has continued to smash records over the years. In 2017, she surpassed a Billboard Hot 100 record previously held by the Queen of Soul Aretha Franklin when the #3PackFromParis dropped, making her the female artist with the most Hot 100 entries ever. At the time, Nicki had a total of 76 songs that charted over her career, breaking Franklin’s record of 73.

For her latest work, Nicki teamed up with Tekashi 6ix9ine for “TROLLZ,” which debuted at No. 1 on the Billboard Hot 100.