With Ruff Ryders firmly in her corner, the album debuted at No. 4 on the Billboard 200 and No. 1 on the Top R&B/Hip Hop chart, with roughly 162,000 albums sold in its inaugural week (and this is pre-streaming). Her Dr. Dre and Scott Storch-produced duet with No Doubt singer Gwen Stefani, “Let Me Blow Ya Mind,” helped catapult the album to platinum status and earn both women a Grammy in the Best Rap/Sung Collaboration category in 2002.

In an exclusive interview with HipHopDX Senior Writer Kyle Eustice, the former co-host of The Talk looked back on the making of Scorpion as the album gets a 20th anniversary reissue featuring 12 bonus tracks, including “You Ain’t Gettin’ None,” “You Had Me, You Lost Me” and “Love Is Blind [Remix]” as well as various remixes and instrumentals for “Who’s That Girl” and the aforementioned “Let Me Blow Ya Mind.”

“It’s very weird,” she says of the 20-year milestone. “I’m like, ‘Who pushed the speed up button?’ Twenty years is actually nuts because I still feel like I’m in my young 20s in my head. I’m very immature. Isn’t it weird? I feel like, what happened? It’s amazing to look back on this because I have to say, I’m really seriously lucky that my songs are still being played in places and that people still want to hear the music and still get excited when they hear the music. So I don’t take that for granted. I really don’t.”

During the early 2000s, artists such as DMX, JAY-Z, Wu-Tang Clan, Foxy Brown, Lil Kim, Fabolous and The LOX dominated the scene and Eve was grateful to be a part of it. But while some of the other female rappers stepped out with a hypersexualized image, Ruff Ryders actually encouraged Eve to keep her clothes on, something relatively unheard of back then. That kind of freedom allowed Eve to really flourish as a strong, independent artist — which she’d always wanted.

“It was a good time in music,” she says. “I’m sure everybody says that about every era but listen, music is cyclical. There was just something about that time — the artists that were out, the crews that were out and the vibe of music at that time. It was really good. We were on fire.” 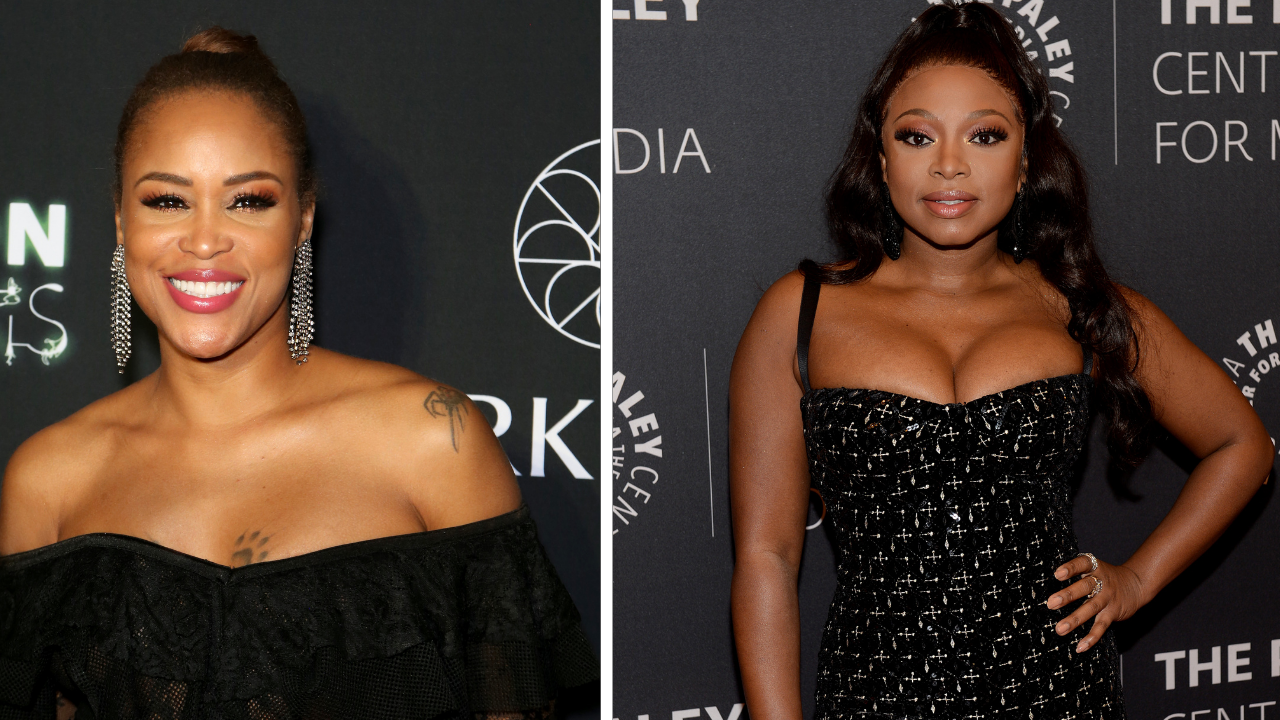 When it came time for her follow-up to 1999’s Let There Be Eve…Ruff Ryders’ First Lady, she had just two months to get the album done. In a rush to dye her hair for a particular photo shoot, she remembers actually lighting it on fire. In the “Let Me Blow Ya Mind” video, which has since amassed over 178 million YouTube views, Eve is rocking a short, red hairstyle — and there was a very good reason for that.

“That album was so fast to do,” she explains. “There were a lot of things that happened. For one, we recorded in Miami, so it was the first time I was able to take the budget and go somewhere, get a dope house and all the Ruff Ryders were there, going through the studio. That was amazing. Seeing all the artists come in and out of that studio in Miami but I mean, I burnt my hair off trying to color my hair red for the fucking photo shoot. But it wound up being a dope crop. That was a really nice short hairstyle.”

Until that point, Eve and Stefani hadn’t even met in person but had already hit it off on the phone.

“Just getting Gwen, even that phone call,” she continues. “I remember picking her brain — and I’ve told this story before — but we only met face-to-face on the set of the video of ‘Blow Ya Mind.’ We didn’t record it together, we only talked on the phone and there was so much there.

“Even ‘Who’s That Girl,’ like during that video that budget, the tiger — there was so many moments. Then the ‘Harlem Shake,’ bringing the culture of New York into that. It was just a great time. It was a great time, definitely.”

The digital deluxe release of Scorpion arrives on Friday (March 5). Until then, revisit the original album above, find the reissue here and check back with HipHopDX next week for Part II.