Some people truly have no shame. Only a few days after Cardi B filed for divorce from Offset, Fredo Bang is hopping into the Grammy Award-winning rapper’s DM’s.

On Thursday (September 17), the 24-year-old Def Jam artist shared an Instagram post that included a screenshot of his ill-timed attempt to woo Cardi with a poem.

The message read, “Roses Are Red Violets are Blue, Lets Go On a Date Cause I Heard You Single Too.” He added in the caption, “Am i Too early? @iamcardib.”

Meanwhile, Offset appears to be living his best life without a care in the world and has dubbed himself “Offset 2.0” on Instagram. But, he’s presumably already tired of the chatter surrounding the divorce and has disabled the comments.

Cardi filed for divorce at Fulton County Superior Court on Tuesday (September 15) after three years of marriage. According to People, the legal docs stated the marriage is “irretrievably broken” and “there are no prospects for a reconciliation.”

The Migos rapper has been accused of stepping out on Cardi numerous times. In December 2017, three months after they secretly tied the knot, Offset was in the middle of a sex tape cheating scandal after video of an alleged affair surfaced online.

The “WAP” rapper addressed the rumor via Twitter and appeared to be at a loss of what to do.

“No, it’s not right for a n-gga to cheat…But what you want me to do?” Cardi wrote in a tweet at the time. “Go fuck me another n-gga? Start all over again and get cheated on again? This shit happens to everyone and I be too, you too…People handle they relationship different soo.” 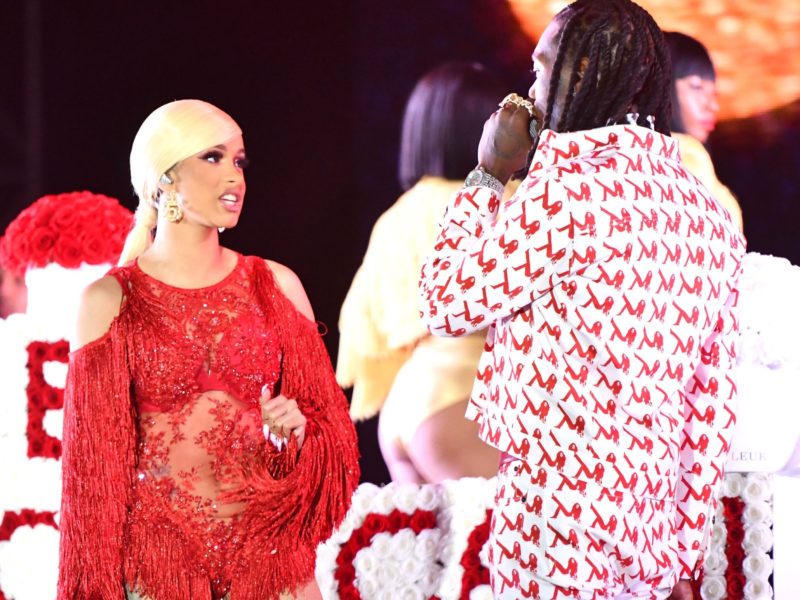 But December 2018, Cardi tweeted she’d left Offset and planned on simply co-parenting their daughter. Shortly after she announced the split, Offset showed up at Rolling Loud Miami and crashed her set with a massive display of flowers and an apology. His gesture temporarily worked and they seemed to be back on track.

Evidently, their union wasn’t meant to be — and Fredo is just fine with that.