Kanye West continues to sketch out his idea of a utopia while at his Wyoming compound.

While in the midst of yet another “Twitter tirade” on Friday (August 14), Ye showed off designs of a future Eco Village as well as a Children’s Ranch, complete with dome-like structures. The children’s ranch and eco-village would not only support mothers and families according to Ye but offer a place to “provide a place to safely experience pregnancy and birth.”

The eco-village falls right in line with his education platform for his fledging 2020 presidential campaign with “programming” that focused on quality education, helping children with rehoming programs and lessons about music, art, ecology and STEM. The ideas are also packaged together with farm to table nutrition programming and access to well-care including healthcare, holistic prevention and emotional intelligence.

DOMES STAYING UP THIS TIME 😝 pic.twitter.com/PcmoBkWE8X

Ye also shared more YEEZY prototypes, including sunglasses designed more like headbands girls wear to pretend to be Cyclops from X-Men or Geordi La Forge from Star Trek: The Next Generation.

In recent weeks, the 43-year-old Chicago rapper-designer has gotten a number of endorsements, namely from Nick Cannon and DaBaby. 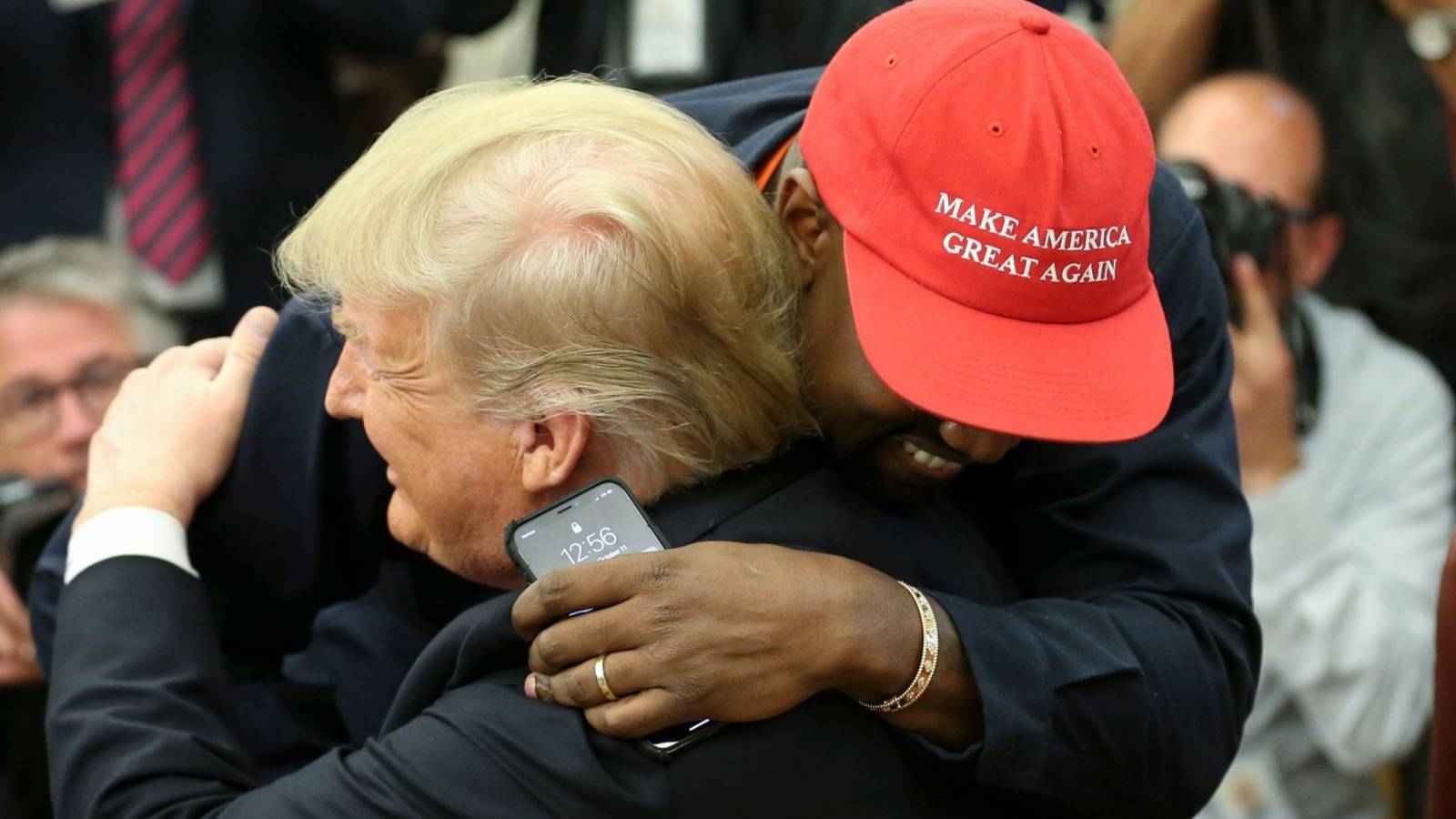 Ye did find time to give kudos to Kamala Harris, the Vice Presidential nominee for the Democratic Party in the upcoming election.

“I know my mom and Kamala Harris would have been friends ….” Ye wrote on Twitter Saturday (August 15). “congratulations on being the democratic Vice President nominee … all love and respect from the future president It’s an honor to run against you.”

I know my mom and Kamala Harris would have been friends … congratulations on being the democratic Vice President nominee 🙏🏾 … all love and respect from the future president 🕊 It’s an honor to run against you pic.twitter.com/5NYcyq9Gob