Artists have been chiming in about Kanye West‘s thoughts on the music industry this week, with Logic the latest to voice his opinion.

On Wednesday (September 16), Kanye tweeted about record deals being a trap and criticized hidden fees in contracts. Logic agreed with him, claiming Def Jam Recordings won’t pay Lil Wayne for his feature on a planned remix of “Perfect.”

“I feel you, Def Jam ain’t tryin a pay @LilTunechi his fee so I guess the perfect remix ain’t coming out,” Logic wrote. “Owe a few of my folks they money honestly.”

Logic’s comments were a response to Kanye saying, “90% of the record contracts on the planet are still on a royalty. A standard record deal is a trap to NEVER have you recoup, and there’s all these hidden costs like the ‘distribution fees’ many labels put in their contracts to make even more money off our work without even trying.”

I feel you, Def Jam ain’t tryin a pay @LilTunechi his fee so I guess the perfect remix aint coming out…. owe a few of my folks they money honestly. https://t.co/Syrpnj56zr

“Perfect” is produced by 6ix, Keanu Beats and FNZ, and appeared on Logic’s final album No Pressure in July. The Maryland rapper released six studio albums on the label before announcing his retirement from music to focus on being “a great father.” 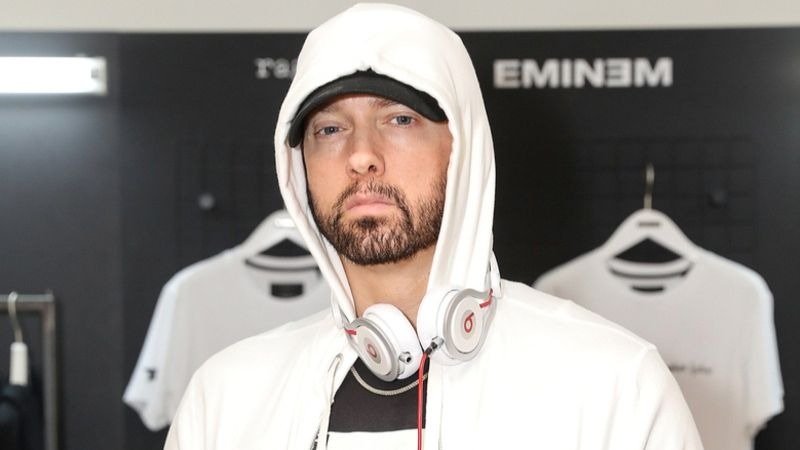 Kanye’s tweet is just one of 100s he has posted this week, calling the music industry and NBA “modern-day slave ships” and threatening to take legal action against Sony Music and Universal Music Group.

Other musicians taking Kanye’s side on the issue include Hit-Boy, Big Sean, Trippie Redd and NLE Choppa.

I haven’t been a fan of Kanye on a personal/ human level since he told me face to face he stopped picking my beats because I worked with Beyoncé. this is after I produced niggas in paris , clique, and a myriad of other songs / projects for him and his label GOOD Music in the 2 years I was signed with them. This tweet is something I can agree with though. @umpg has held me in what the last 3 lawyers Ive hired have referred to as the “worst publishing contact they’ve ever seen” since I was 19 years old. Im 33 now and have multiple Grammys, produced a lot of your favorite artists biggest songs on top of turning in over 450+ records since I first signed and @umpg still doesnt have it in them to simply be fair. If they’re doing this to me with all I’ve accomplished through hard work I can only imagine the kids who don’t have big placements/ proper guidance. If I have to be the one to get blackballed for telling the truth and trying to set the next generation free then so be it. Btw I produced 10+ joints on the CURRENT number one album in the country D2. @umpg @polowdadon @jodyagerson @iamwalterjones and the company who’s helping me on the management side @rocnation let’s fix this. Slave deals are still very real /rampant in 2020. @universalmusicgroup

FEEL FREE TO START WITH MINE 🙏🏾

In July, Joe Budden reacted to Logic quitting music by saying he “should’ve retired a long time ago.” Budden later apologized for his comments, but Logic took some time to speak to Hot 97 about the rapper-turned-podcaster.

“This is what he does,” Logic said. “He doesn’t rap anymore. He talks about the culture, this and that, and that’s cool. I’m not in control of this guy. This dude doesn’t like me for whatever reason. He wants to say I’m not Black enough, I’m not good enough — he’s a person who’s led to part of my depression and some of my darkest spaces.”

Revisit Logic and Weezy’s previous collaboration “Sucker for Pain” below.