Nappy Roots exploded onto the scene in 2002 with the platinum-selling album Watermelon, Chicken & Gritz, which produced the singles “Po’ Folks,” “Awnaw,” “Roun’ The Globe” and “Good Day.”

Ahead of its release, Nappy Roots is delivering a taste of the project in the form of “Footie Socks & Ice Cream” featuring Raven Richards. The Grammy nominated group tells HipHopDX the song is the “over 40 version of Netflix and Chill. It describes our dream scenario Friday night laid up with your boo.”

In addition to the new album, Nappy Roots have ventured into the craft beer and television production business with “40Akerz & a Brew.” A few years ago, they began experimenting with their home brewery Atlantucky, which cemented their passion for microbrewing. In 2017, the group introduced their first two craft beers with Atlanta-based Monday Night Brewing. 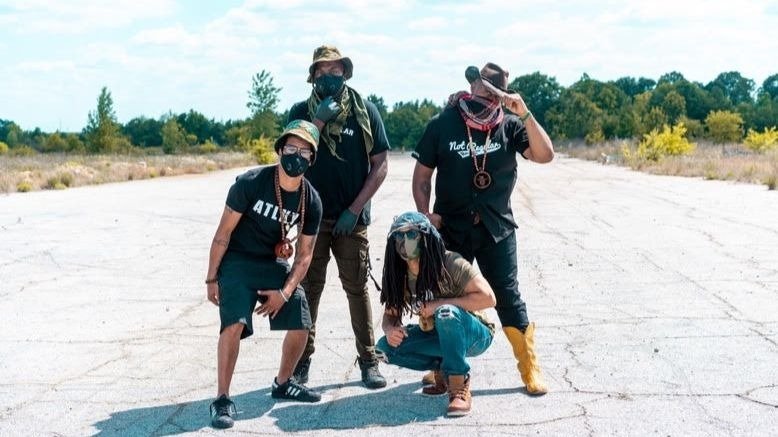 The limited-edition brews were such a hit, Nappy Roots was inspired to expand on opportunities with other breweries across America. To date, Nappy Roots have produced more than a dozen craft beers and plans to open a brewhouse with their own taprooms in Atlanta later this year.

Their new business venture will also come with a reality TV series called 40 Akerz and a Brew, which will follow the group on their tour around the country and discuss the art of craft beer with area brewmasters and and the breweries’ regular customers.

4ORTY is expected to arrive on September 25. Until then, check out “Footise Socks & Ice Cream” above and pre-order the album here.