Orlando, FL – Led by the Milwaukee Bucks and 2020 NBA Defensive Player of the Year Giannis Antetokounmpo, players from the Orlando Magic, Houston Rockets, Oklahoma City Thunder, Portland Trail Blazers and Los Angeles Lakers refused to play during their Game 5s of the playoff.

The league announced on Wednesday (August 26) the games would be postponed indefinitely. The WNBA, who are inside their own bubble at the IMG Academy, also postponed all their scheduled games. In turn, the news sent shockwaves throughout the Hip Hop community.

Other Hip Hop artists such as Plies, Bas and Cardo also chimed in with politically charged commentary.

For his part, NBA On TNT commentator Kenny Smith walked off the set during the live broadcast in solidarity with the players.

Kenny Smith walks off Inside the NBA set pic.twitter.com/XkdyGpEp9S

On Tuesday (August 25), Kenosha, Wisconsin police were recorded shooting 24-year-old resident Jacob Blake seven times in the back. The family called the incident “a senseless attempted murder” as they reported he’s paralyzed as a result of his injuries. Federal investigators have launched a civil rights probe. Utah Jazz beat writer Andy Larsen took note of how a few current and past Bucks players have been victims of police brutality themselves. 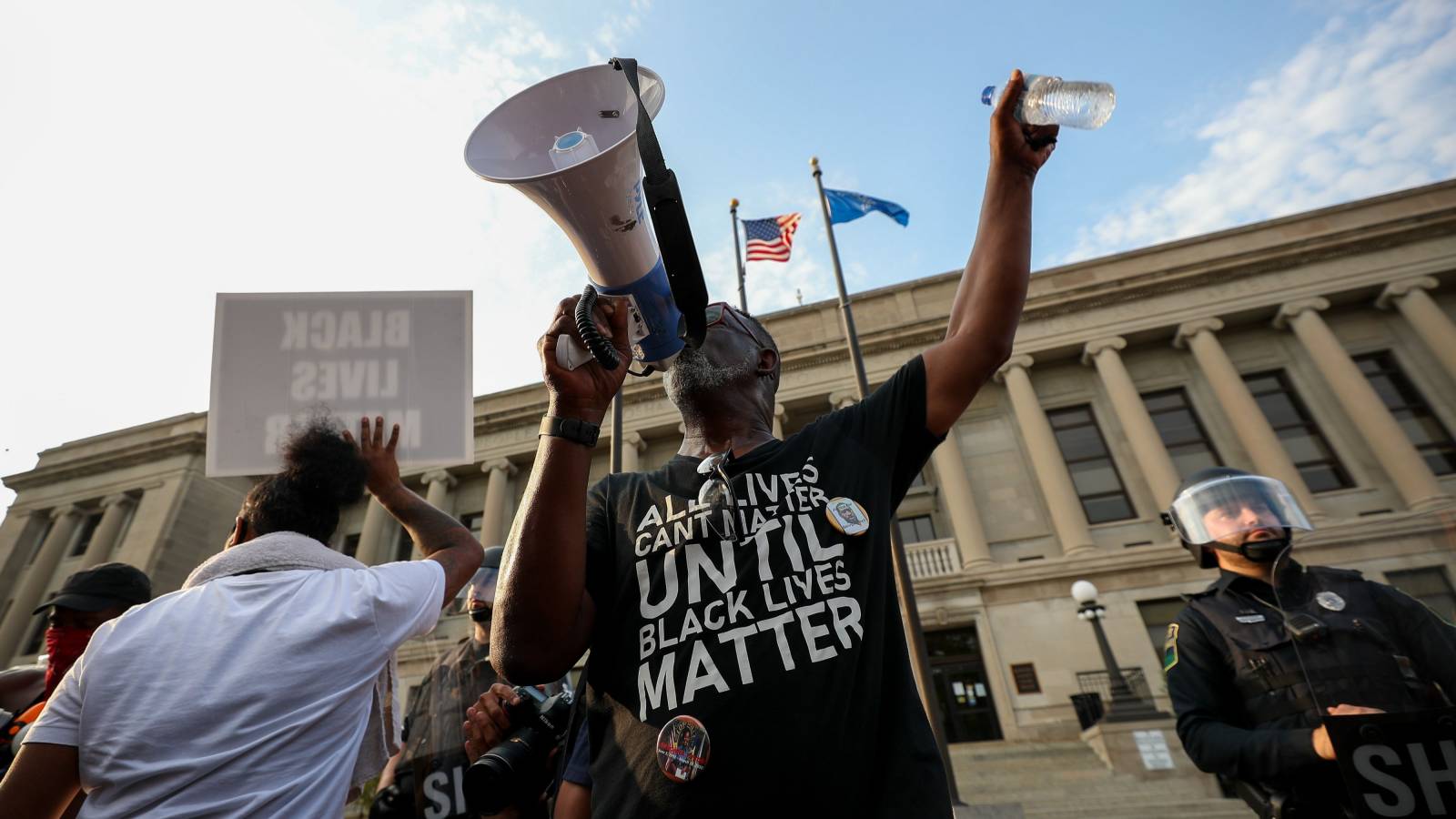 Check out some more Hip Hop reactions over the NBA and WNBA’s stance.

The power of unity! This is dope to see https://t.co/R40QHpyAWG

Colin Kaepernick & WNBA; Thank you for your voice and leading the movement in sports!

FUCK THIS MAN!!!! WE DEMAND CHANGE. SICK OF IT

I Hope The NFL & College Players Etc Are Gettin On The Phone Right Now With Each Other!!! #JacobBlake

Y’all had the nerve to tell these dudes to “shut up and dribble”.

Shout out to to all those young gentlemen in the nba … stand tall young men y’all have the power and salute to the grand move !!

I’ll never ever ever forget the way Kyrie was demonized for saying the things everybody is saying now.

AUG 26, 2020 – ALL @NBA Playoff teams refuse to play Basketball in Boycott of the attempted murder of #JacobBlake by Police.

A 17 year old white kid spins the block … then walks right past the police without being touched. Man. What we calling this shit again? Cuz man.. if the roles were reversed, I’m pretty sure the outcome would’ve been far more brutal.

I commend the players on the @Bucks for standing up for what they believe in, coaches like @DocRivers, and the @NBA and @WNBA for setting an example. It’s going to take all our institutions to stand up for our values. pic.twitter.com/rUGETgAt7P

SO proud of the NBA players. pic.twitter.com/k62nNzBOUO

I love #NBA games but our LIVES matter MORE I #SaluteThePlayers

These player-initiated NBA game cancellations are just a part of the reason why i love that league.