Los Angeles, California – The end of Odd Future’s reign as a collective cut deep for fans who grew up on their music, with members of the group eventually branching out on their own. We might not see them together as much these days, but occasionally, their devoted followers get a nostalgia trip when they do link up.

On Monday (September 21), an excited Tyler, The Creator posted a photo of himself with Earl Sweatshirt in Los Angeles.

“ITS MEEEEEEEEEEE!” Tyler said in the caption.

The old friends posed in front of a wall and skateboard, with Tyler wearing a Supreme hat and holding something that looks like ice cream in his bare hands.

Understandably, OF fans were extremely excited about seeing their rare sighting together, who took to Twitter to react.

“UGGGGH STOPPPP I LOVE SEEING TYLER AND EARL TOGETHER IN 2020,” a Twitter user wrote.

Another fan wrote, “Earl and Tyler picture in 2020 I will continue to live because of this.”

UGGGGH STOPPPP I LOVE SEEING TYLER AND EARL TOGETHER IN 2020

Earl also posted the photo in a carousel on Instagram, alongside other photos of him kicking it outside that same day.

“wholesome content from the honeycomb hideout,” Earl wrote as the caption.

Although it’s unclear whether Earl and Tyler met up for anything other than social reasons, fans are clearly happy to see they’re on good terms.

Odd Future has been inactive for the past five years, but the group has never officially announced its disbandment. However, in a 2015 tweet, Tyler did say “it’s no more” while reflecting on his early career.

He added, “although its no more, those 7 letters are forever.” 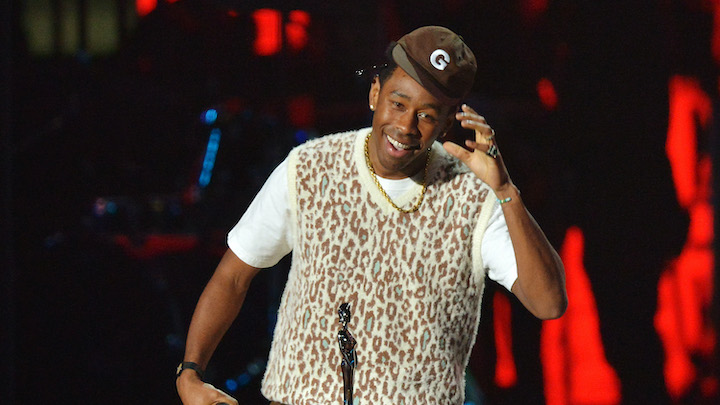 In August 2018, Tyler and Earl reunited for the closing of popular Los Angeles club night Low End Theory at The Airliner. The pair performed their 2010 song “Orange Juice,” while also welcoming Syd, Hodgy Beats and A$AP Rocky onto the stage.

Check out more fan reactions to Tyler and Earl’s photo below.

Yes I'm still clinging onto the hope for EarlWolf

Seeing Earl and Tyler together made me feel whole

earl and tyler back maybe 2020 ain’t so bad https://t.co/nrcUa3pMja

earl and tyler back together??? i’m happy