R&B queens Monica and Brandy will face off in a Verzuz battle on Monday night (August 31), over 20 years since “The Boy Is Mine” shot to No. 1 on the Billboard Hot 100.

2 Chainz, who was in his early 20s when the song came out, has already decided on a winner. In an Instagram Stories video uploaded to his account on Sunday night (August 30), Chainz was very clear on who’s going to emerge victorious from tonight’s showdown.

“Somebody asked me who I got for the Verzuz — Monica versus Brandy,” he said. “Monica. She from the Southside. What you talking ’bout?”

#PressPlay: #2Chainz has already picked who he’s riding with ahead of tonight’s #Verzuz battle!! #Roommates, who ya’ll got? #Brandy or #Monica? (📸: @gettyimages)

Monica, who hails from Atlanta, has eight studio albums under her belt, the latest being 2015’s Code Red. Los Angeles native Brandy, on the other hand, has pumped out seven studio albums during the course of her musical career, including B7 which just arrived at the end of last month.

This particular Verzuz battle is unique in the sense that the two veteran singers have been pitted against each other for decades. A dispute over who had the rights to “The Boy Is Mine” spilled over into the public eye at the time of its release and there’s been animosity ever since. 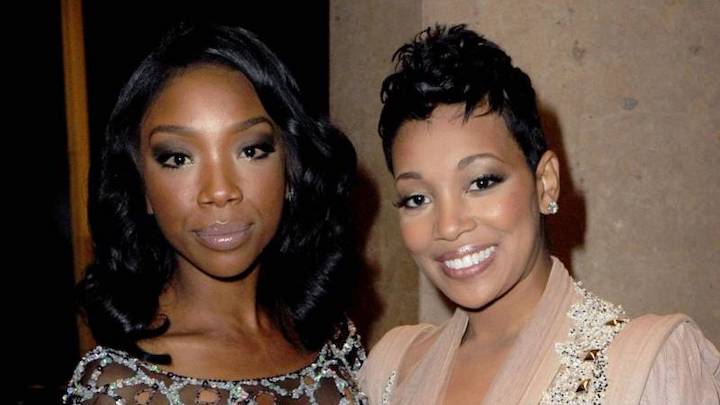 But according to an interview with Entertainment Tonight, Monica says there’s more to the story and the Verzuz battle will help put an end to the speculative chatter.

“We’ve long removed ourselves from the dramatics of it,” Monica told ET. “We’re gonna have a very in-depth conversation that may possibly be shared even with the audience because there’s a lot that happens, the fans have no idea what really took place, what really caused the initial friction.”

The main event kicks off at 5 p.m. PST and will be simulcast on Apple Music, Apple TV and the official Verzuz Instagram account.

@Brandy vs @MonicaDenise. This really ain’t a battle — it’s historic! First time since ‘98. Monday night at 5PM PT/8PM ET, the culture WINS 🏆 Live on @applemusic and Apple TV in HD, and on @verzuztv IG 🚨 #Verzuz Drinks by @Ciroc