Tributes continue to pour in for Chicago’s King Von after he was shot and killed outside of an Atlanta nightclub on November 6. One of those displaying her affection on social media is his ex-girlfriend Asian Doll, who’s now decided to get a tattoo of Von to pay respect to her former partner.

The portrait tattoo, designed by Los Angeles-based tattoo artist SNEAKYGEE, features Von wearing a Burberry hat and appears on the back of her hand.

“You Kno How It Go We Dont Even Play Like Dat Dayvon,” she wrote on Instagram. “This The HARDEST Tattoo On My Body Thanks To @sneakygee27 !!”

In a tweet sent out on November 17, Asian Doll revealed plans to get a tattoo of Von on her face, but fans were all over her mentions telling her not to do so. In the process of getting inked, she went on Instagram Live to give fans a sneak peek at the in-progress design, but many fans were still unhappy with her getting a tattoo of the late rapper.

“My tattoo so raw I ain’t even finished & mfs already haten but soon as my shit get finished they finna be dick riding,” she said on Twitter.

She later tweeted, “My nigga gone & y’all in my mentions talking bout sucking dick…. the internet got some sick mfs.”

My nigga gone & y’all in my mentions talking bout sucking dick…. the internet got some sick mfs

Asian Doll paid tribute to Von following his passing with a personal Instagram message, in which she called them “soulmates.”

“Always spoke highly of you our relationship wasn’t based off just sex & popularity,” she said. “we was deep innis shit we slept nose to nose we were real life SOULMATES you couldn’t even think of Von without thinking of me. I Had this mans best interest since day one we both came from a rough environment seeing how crazy Von lifestyle was it inspired me to change & find peace with God for US. I always had spiritual conversations with you I wanted you to kno GOD loves you & your the chosen one & you BELIEVED ME.” 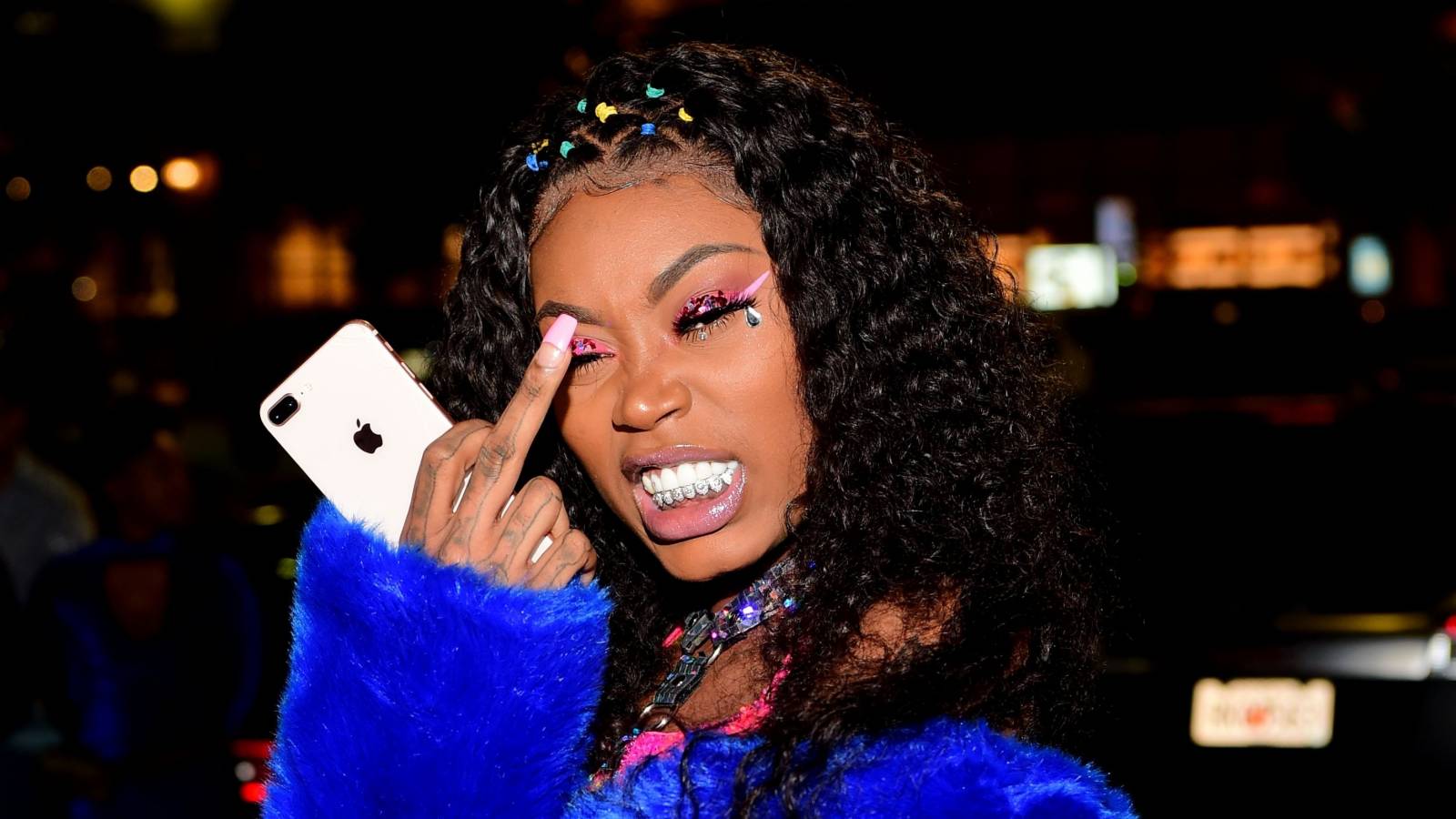 Asian Doll Ethers King Von’s Manager: ‘Sit The Fuck Down In That Wheelchair’

She continued, “I was becoming a women & your the reason why & that’s some nobody can never take from me. I was so proud of you baby but you just make me even prouder. words can’t explain ima miss you physically but your forever living through me… King Von & Queen Von 4L.”