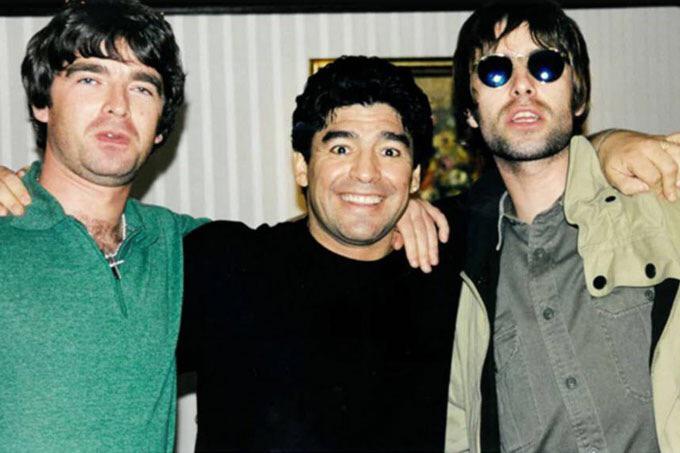 An international star, his career moved from South America to an ill-starred time at Barcelona, before finding his true home at Napoli.

Almost single-handedly driving Argentina to world cup glory in 1986, Diego’s life of excess has become the stuff of legend.

Sadly passing away at the age of 60, fans are sharing the story of the fateful time Diego Maradona met Oasis.

Liam Gallagher revealed all in an interview with VICE for their wonderful British Masters series a few years back, setting the scene in memorable style.

Liam and brother Noel were relaxing in an Argentinian bar, when a cavalcade of people entered.

“We were going ‘Who the f**king hell’s that?’ We found out it was Maradona,” he recalled. “He’d gone upstairs with a load of f**king madheads and all these women of the night. We were going like, can we go up and meet him? Like that, to the interpreter. And the interpreter said ‘Alright cool, let me go and square it with them’.”

An interpreter came across to the brothers, and ushered them upstairs to meet the man himself. “We steamed up there and we got in there and there’s loads of… activity going on. Maradona’s in the middle of the room doing f**king football tricks with a bottle top. He’s sweating his bollocks off.”

Liam continued: “His eyes were f**king like that [imagine some colossal eyeballs here, folks]. Ours weren’t far off.”

The singer then noticed Maradona discussing something with the interpreter, so the Oasis duo asked what had just occured.

The interpreter seemingly replied: “He told me to tell you, if yous leave with any of these b*tches, he’ll have you shot.”

Watch the interview in full below.