Burbank, CA – Lil Mosey found himself behind bars along with his bodyguard/driver and another juvenile on Sunday (August 23) for gun possession.

According to TMZ, the “Blueberry Faygo” rapper was pulled over in Burbank, California after police noticed the 2016 Cadillac Escalade he and two others were traveling in didn’t have license plates. After officers spotted an empty gun hostler sitting on the driver’s lap, the cops conducted a search. Officers eventually found three loaded 9mm semi-automatic pistols.

Guns weren’t the only thing the officers found. They also discovered four credit cards in the bodyguard’s backpack, none of the cards belonging to any of the individuals in the SUV. 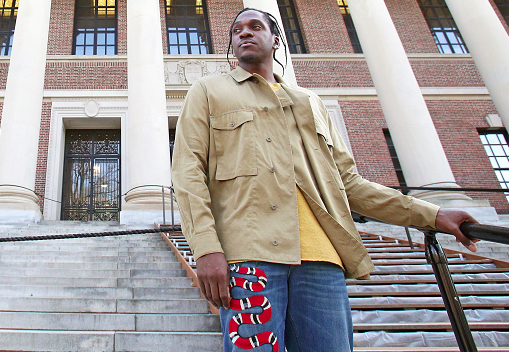 Since neither Mosey, his bodyguard or the juvenile claimed two of the three weapons, all three were booked on felony concealed weapons charges. Mosey posted $35,000 bail and was released.

Mosey’s arrest comes on the heels of the AVA Leak version of his Certified Hitmaker being released. The original version of the 2019 album went on to debut at No. 12 on the Billboard 200 chart with roughly 23,000 equivalent album units sold.

Mosey’s 2020 was going well (all things considered) before the arrest. In February, he released “Blueberry Fago,” a summery style record that was certified platinum in May.