Toronto, ON – Drake’s helping keep Steph Curry in shape during his off-season. The Golden State Warriors star hung out at Drake’s Toronto mansion this week where they hit his near-NBA regulation-sized custom OVO basketball court to shoot it out.

#Drake and #StephCurry have a 3-point contest at #OVO’s basketball court. 🏀👀🤣

Drizzy’s long had a love affair with name-dropping his favorite players and teams in his music, and he’s rapped about a similar visit from Curry in the past. On his “Summer Sixteen” diss to Meek Mill and Tory Lanez, Drizzy also mentioned his team with the line, “Golden State running practice at my house.”

In an interview shortly after the song dropped, Curry explained the line was derived from another session at the OVO gym where his family tagged along. 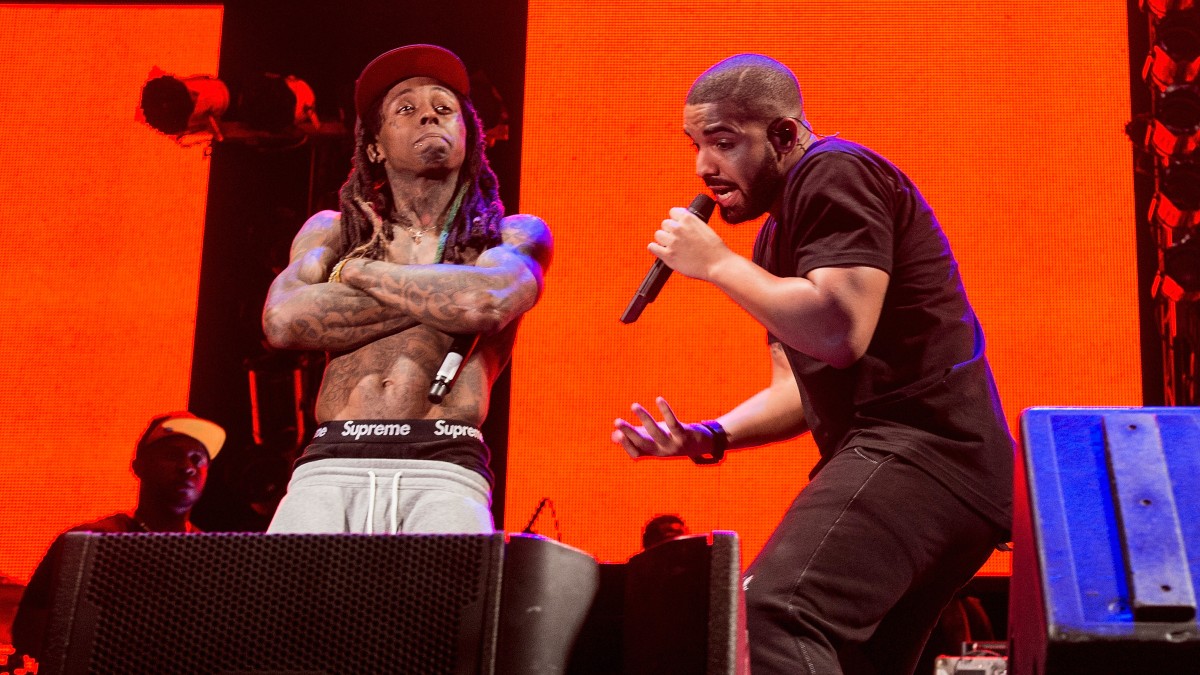 “That got some real life aspect to it,” he told Canadian sports analyst Cabbie Richard on SportsCentre. “Me and my brother-in-law, I was playing one-on-one with him at Drake’s house. They were watching. They didn’t really shoot that much that day, but my brother-in-law got all that work, so that was good.”

The bromance between the two Championship ring holders could have got a little awkward as GSW played Drake’s beloved Toronto Raptors in the 2019 NBA Finals, but Curry was a good sport even when his team lost.

“Y’all deserved it man. Congrats,” Curry was seen saying to Drake on FaceTime in a clip captured backstage after the game.

It’s always love for the ones who were with you shooting in the gym.