The self-proclaimed “First Lady” of Griselda Records, Armani Caesar, released her debut album through the label on Friday (September 18). She might be a new name to some after joining the collective this year, but she’s been around Westside Gunn and co. for over 10 years and holds her own on songs alongside them.

In a new interview with Audiomack, the Buffalo rapper revealed which Hip Hop artists got her into rapping in the first place, and picked out a 1996 album that stands out from her childhood.

“I was young and my mom was young, and she had the ‘Hard Core’ album by Lil’ Kim,” she said. “She would play that over and over and over again. Our house was the house where people would come over and play Spades.”

She continued, “My mom used to have regular kickbacks with her friends, and she was always blasting music. Biggie, Kim, and throw a little house in there. My whole family was big on music, so I was always around it. Around five or six years old, I got [into] Missy Elliott, and I thought that was the coolest shit ever!” 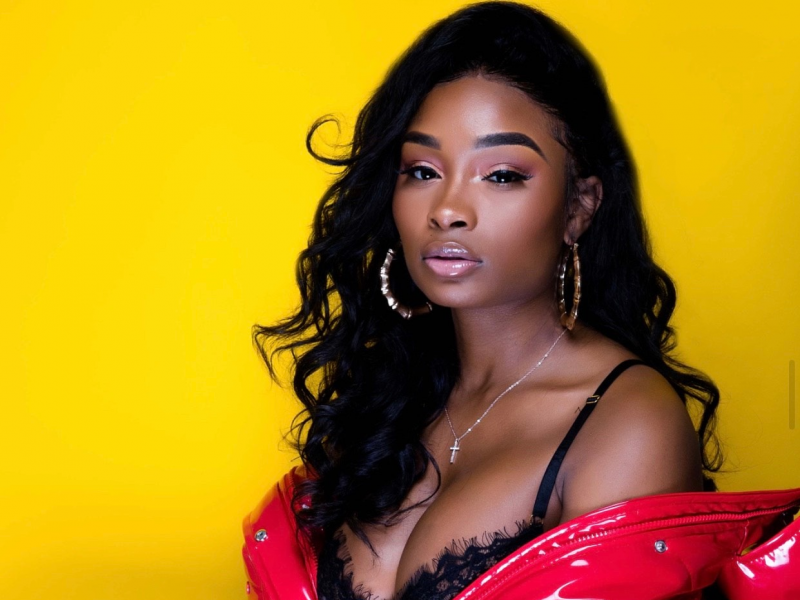 Caesar’s album THE LIZ includes 11 tracks with features from labelmates Westside, Conway the Machine, Benny the Butcher and 808 Mafia. Veteran producer DJ Premier produced the song “Simply Done,” but she didn’t even know he did the beat until after she finished rapping on it.

“He [Westside Gunn] gave me a beat like, ‘I wanna hear what you gonna do on this, no pressure,’” she said. “I didn’t know it was a Preemo beat until I got done! Benny laid his verse and said, ‘I’m gonna send this back to Preemo so he can go crazy on the scratches.’ I’m like, ‘What!? You’re gonna send this to who?’”

Westside officially announced Caesar’s signing to Griselda in March. Coming from the same city, the pair and the rest of the crew go way back.

“WSG x CONWAY x BENNY x DARINGER and now introducing BUFFALO’s OWN @armanicaesar Newest Member of GRISELDA,” Westside wrote on Instagram. “It was All about timing this was over a decade in the making she’s a hustler, she comes from the same streets as US and actually started with us Were about to get busy So I want EVERYBODY to follow her and Support her.”

Stream her new album THE LIZ below.