In a rare moment of vulnerability, Lauryn Hill has taken a very private and personal matter to Facebook. Not long after Selah Marley, Hill’s daughter with music royalty Rohan Marley, released an Instagram video detailing the trauma she endured growing up, the ex-Fugee is addressing Selah’s accusations in a lengthy post.

On Thursday (August 13), Hill eloquently defended her daughter’s right to process her childhood experience in whatever way she sees fit. She also explained why she felt the need to discipline her children in the way she did, which according to Selah was anything but gentle.

“Uhhhh black people, what???” she began. “Selah has every right to express herself, I encourage it, but she also got the discipline that black children get because we are held to a different standard. The discipline was seen through the lens of a young child who also had no place to reconcile me as mom, and me as a larger than life public figure. It took me a while to realize that my children, and probably everyone who knew me saw me in this duality. To me, I am just me. If I am guilty of anything it is disciplining in anger, not in disciplining.

“The toxic venom I ingested for standing on principle, and confronting systemic racism far BEFORE it was the thing to say or do (everything you NOW celebrate everyone for!)–the people who called me CRAZY and have yet to apologize and say ‘oh yeah, we were wrong’, OF COURSE that seeped into my home, it was intended to. An entire operation trying to break an artist with a voice and knowledge of herself–way ahead of her time–was in motion. I was affected, my family was affected, my children were affected.”

From there, Hill expounded on what it was like enduring the often bitter elements of fame and how she felt sheltering her children and keeping them quiet was a better alternative to having them thrust in the limelight.

“I discussed with Selah what it must have been like having a child while being hunted by nazis, or what it was like for the children of runaway slaves,” she continued. “The child just being a child puts her and everyone else’s lives in jeopardy. Keeping the child quiet to escape the danger is ALSO saving the child’s life! Imagine that. When I realized that the pressure on me was so incredibly hypocritical and unfair, criminal even, that even my children weren’t allowed to be children, I stepped away. I wasn’t removed, I STEPPED AWAY.

“Weening myself and my family from the addictions that systems of control attempt to use through fame and celebrity is no joke. It’s painful and people were not above using my children to keep exploiting me. Keeping a child sober minded in the midst of everyone trying to seduce and bribe and coerce is an incredibly challenging thing to do. Sell a few million copies of a recording and see the wolves and sharks for yourself before you determine what’s appropriate and what’s not. The danger was REAL! And this danger I faced alone, unsupported as I should have been, and dumped on by the same people who only a few years before built a fortune off the same gifts they later tried to deny and then COPY.”

Hill also warned against the hypocrisy she was witnessing on social media in the wake of Selah’s video.

She added, “As my children mature they see the state of the world, before that, ALL they saw was me seemingly blocking the fun, not me aggressively blocking the trap.
Selah and I speak often and she knows we are both working through our stuff–the exploitation, the abandonment, the mistreatment and the muzzling of our own gifts and intelligence to make it more comfortable for others, which is a big mistake to do, it can ONLY lead to implosion or explosion. 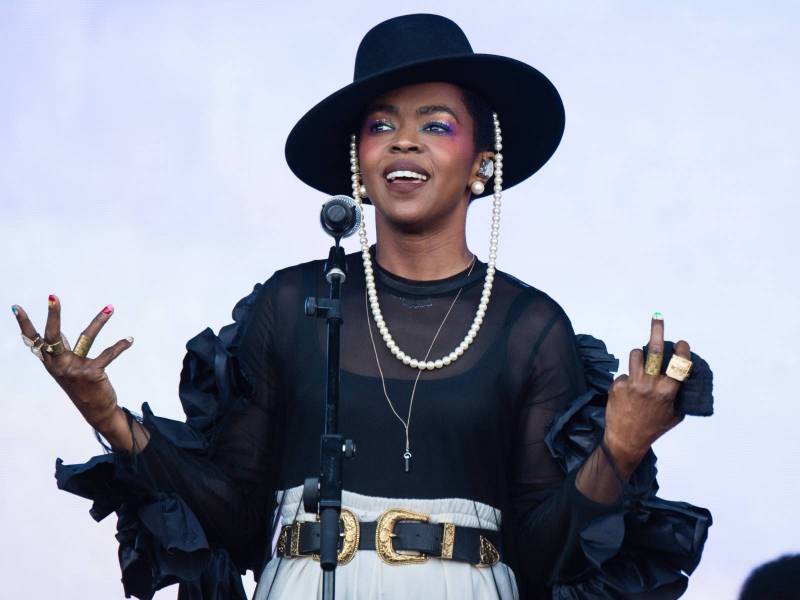 “We’re both learning and healing, and each of my children has a similar story and journey. All of you in a rush to crucify someone, careful who you string up or nail up. You might have an extremely limited view of the actual reality. We all hate abuse and exploitation, sometimes in an effort to fight against it we can easily become the abuser, the exploiter, and THIS is what we have to watch for. No one is exempt from needing to watch themselves in this way.”

As Hill concluded her diatribe, she made it clear she was tired of the way the industry is run.

“If you’re one of these people under the illusion that money somehow simplifies life and solves all problems, look at the examples of Amy Winehouse, Whitney Houston AND Bobbi Kristina Brown, Prince, Michael Jackson, Sam Cooke, Kurt Cobain, Marvin Gaye, Biggie Smalls, Tupac Shakur, Nipsey Hussle, Juiceworld, Pop Smoke, Lil Peep, I could go on,” she said. “Sometimes fame and money amplify not only problems but can magnify the darkest and most cruel and selfish qualities in humans. Greed, jealousy, envy, covetousness, violence, fear. People see someone who they think is powerful or has something they want and scan for the slightest vulnerability to exploit.

Finally, she posed the question, “Could you imagine what the world would look like if someone said ‘hey, this or that artist has an addiction problem, or this one is being taken advantage of, how can we help?’ rather than turning it into news. I wonder who’d still be here today?”

In Selah’s nearly two-hour Instagram Live, the 21-year-old talked about life with her “very angry” mom whom she claims disciplined her by whipping her with belts, calling it “some slave owner shit.” She also spoke of her father Rohan as being a largely absent dad, which prompted a public apology from him.

Check out a clip of Selah’s video below and find Hill’s full post above.