Cardi B and Megan Thee Stallion unleashed their collaborative “WAP” video on August 7, which quickly riled up social media. Some rap fans fully embraced the raunchy track while others were turned off by its graphic content.

Republican U.S. House candidate James P. Bradley went as far to tweet, “Cardi B & Megan Thee Stallion are what happens when children are raised without God and without a strong father figure. Their new ‘song’ The #WAP (which i heard accidentally) made me want to pour holy water in my ears and I feel sorry for future girls if this is their role model!’

Megan is clearly well aware of the criticism the song is getting and felt the need to defend it by using Juicy J’s 1999 hit “Slob On My Knob” to point out the hypocrisy.

“Lol dudes will scream ‘slob on my know’ word for word and crying abt WAP,” she tweeted on Tuesday (August 11). “Boy bye.”

“Slob On My Knob” was originally included on Juicy J’s 1993 mixtape Volume 6 and re-recorded for a 12-inch by Three 6 Mafia’s side project Tear Da Club Up Thugs in 1999.

The track included blatantly suggestive lyrics such as “Slob on my knob/Like corn on the cob/Check in with me, and do your job/Lay on the bed, and give me head/Don’t have to ask, don’t have to beg/Juicy is my name/Sex is my game/Let’s call the boys, let’s run a train.”

Meanwhile, “WAP” (an acronym for “Wet Ass Pussy”) contains bold lines such as, “Beat it up, nigga, catch a charge/Extra large and extra hard/Put this pussy right in your face/Swipe your nose like a credit card/Hop on top, I wanna ride/I do a kegel while it’s inside/Spit in my mouth, look in my eyes/This pussy is wet, come take a dive.” 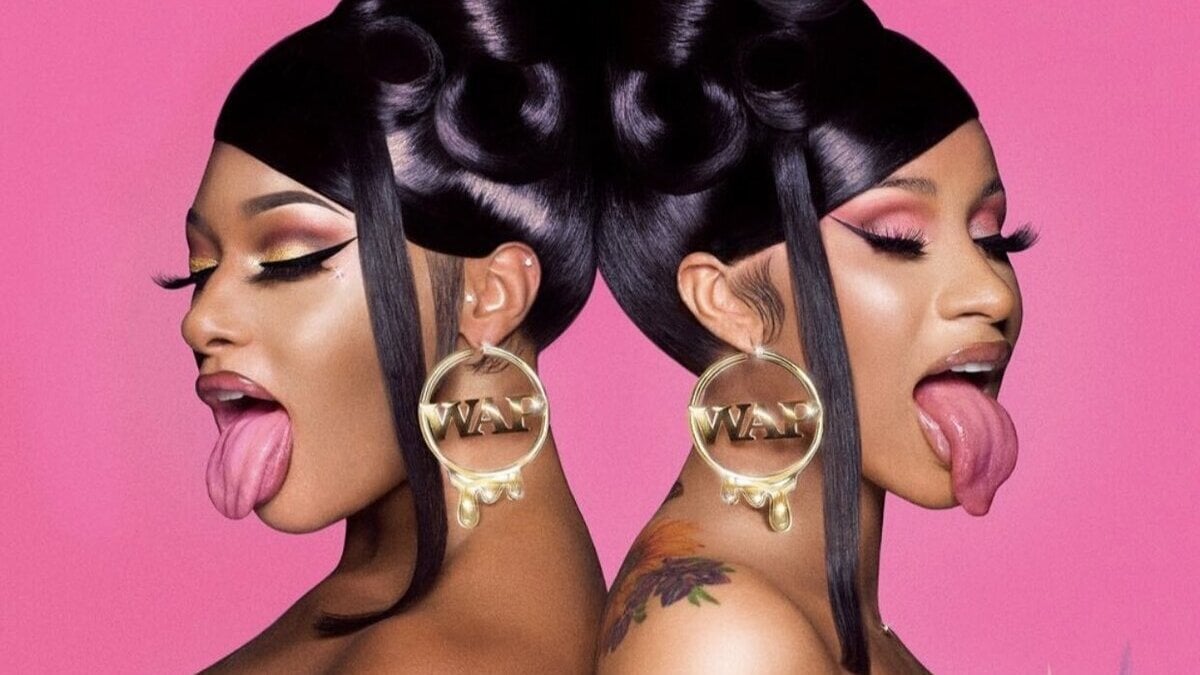 Like many others, Megan questioned why it was OK for men to rap that way but controversial when women do something similar. According to CeeLo Green, women like Megan, Cardi and Nicki Minaj come off as simply desperate for attention.

“You have the ‘Heads of State,’ like Nicki Minaj or someone who is up there in accolade: success, visibility, a platform to influence,” he told Far Out Magazine in a recent interview. “Nicki could be effective in so many other constructive ways, but it feels desperate.

“Attention is also a drug and competition is around. Cardi B and Megan Thee Stallion, they are all more or less doing similar salacious gesturing to kinda get into position. I get it, the independent woman and being in control, the divine femininity and sexual expression. I get it all but it comes at what cost?”

While the Goodie Mob OG wasn’t alone in his sentiments, Meg and Cardi certainly received a lot of support as well.