EDITORIAL – Whenever Nas is coming with a new album, the rap world pulls up its collective chair with the eyes and ears locked in ready for the result.

It’s been that way since 1993 when his classic debut single “It Ain’t Hard To Tell” from his magnum opus Illmatic dropped the following year.

Nas has a long history, or at least the first half of his career, dropping several classic album lead singles. But the lead teaser “Ultra Black” from Nas’ new album King’s Disease which was released on Friday (August 21) was a top-trending social media item that bled buzz into the album rollout.

However, it wasn’t an account of the song’s quality.

It was because he dissed one of 2020’s biggest pop-rap songstresses Doja Cat.

“Sometimes I’m over-black, even my clothes are black,” Nas spit in the opening verse. “Cash Money with the white tee and the soldier rag/We goin’ ultra-Black, unapologetically Black/The opposite of Doja Cat, Michael Blackson black.”

If Nas didn’t refer to Doja Cat’s racist online chat room comments from years ago that surfaced earlier this year, or throw shade at her fair-skinned shade to juxtapose comedian Michael Blackson’s dark complexion, what would the replay value of “Ultra Black” be? (Author’s note: If Nas’ lyric was an allusion to skin color, wouldn’t his “Multiple colors, we come in all shades, mocha black” be a contradiction?)

This review of “Ultra Black” is neither a subversive way to defend of Doja Cat or a knee-jerk reaction to the track. If it actually was the latter, then this column would’ve been published immediately after “Ultra Black” was released on August 14, so there was enough time and room for the single to grow on us after playing it on repeat.

And this is not to say “I want the old Nasty Nas” persona again. Like he said on his song “The Cure” from King’s Disease, he’s not going back to that for nostalgia’s sake (“They say they want the old Nas back/Play the Clue tapes for old verses”). We have to respect his artistic growth, but can be certain that “Ultra Black” isn’t among his classic album lead singles. 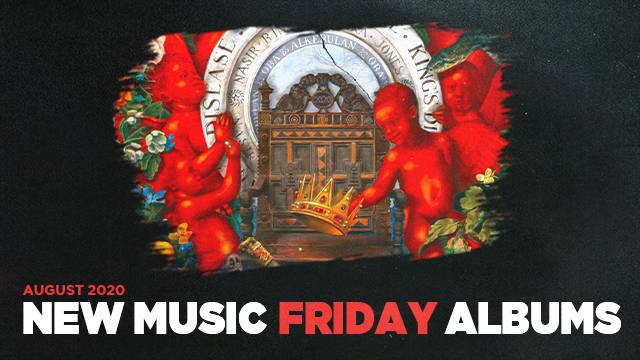 “Ultra Black” has empowering lyrics about in the wake of the Black Lives Matter movement this summer. It pertains to Nas’ songwriting formula, bringing Black history nuggets and everything in between literally about blackness. He namechecks revered disco singer and actress Grace Jones, the 1970s TV show Sanford and Son and blaxploitation films, his American Express Black credit card, and Colin Kaepernick being blackballed by the NFL to name a few. He also keeps it current in today’s pandemic (“Talk with a mask on, the freshest breath”).

However, it doesn’t have that absolutely-must-have-this-in-my-playlist feel to it compared to the aforementioned from Illmatic, “If I Ruled The World” from It Was Written, “Nas Is Like” for I Am…, “Got Yourself A Gun” from Stillmattic, “Made You Look” on God’s Son, or “Thief’s Theme” on Street’s Disciple.

Regardless of those album’s status of great, mid-level with some low points, or boring overall, those tracks were dope enough to make you check for his new album.

“Ultra Black” also moves Nas in the right direction away from the underwhelming taste that his Kanye West-produced album Nasir left in many of his fans’ mouths in 2018. Plus, Nas linking with top producer Hit-Boy to create “Ultra Black,” which could mean Nas is listening to the longstanding fan chatter about his predilections for beats to rhyme on.

His semi-syncopated lyrical cadence over the midtempo beat with its resounding five-note piano and keyboard, punchy bass drum are in pocket with many of Nas’ fan favorites and his biggest hits track. Nas always delivers his best over piano or organ loops such as “NY State Of Mind,” “Memory Lane,” “The World Is Yours,” “Affirmative Action,” “I Can,” and “Purple.”

To defy today’s cancel culture, this isn’t binary in which “Ultra Black” should make you dismiss if it’s isn’t categorized as either a classic or sub-classic.

There are two arguments to what makes a classic record. One is the timing, the context of how it was created and when it was released and time will tell.

Even thought it could be at the right pace since the pandemic has people in quarantine, not partying this summer.

The other argument is that a classic song can’t grow on you. It has to be a surefire track that you feel it the moment you hear it and want to turn it up the second time and thereafter every time you hear it. If you don’t recall it as some touchpoint in your life, then it’s just not at that level.

Bottom line is that if you don’t get hyped when you turn it on in the coming months or years, then it doesn’t represent classic material.

Now, allow us to dig into the full entree.