Now, the album is being turned into an English course at both The Ohio State University and the University of North Carolina at Chapel Hill. On Wednesday (April 15), Rap shared an Instagram photo from UNC grad student Tyler Bunzey who revealed he was helming a course called “Black Womanist Criticism and Rapsody’s EVE.”

“I’m incredibly please to announce that I will be teaching a course at UNC this fall on Rapsody’s magnificent album ‘EVE,’” Bunzey wrote. “We will be examining the album track by track with readings and media to accompany each record.”

Rapsody was undeniably flattered and wrote in the caption, “One of the highest honors is to create art for the culture and have it taught in our educational institutions! Thank you @tbunzey at @uncchapelhill and Simone Drake at @theohiostateuniverstiy.”

One of the highest honors is to create art for the culture and have it taught in our educational institutions! Thank you @tbunzey at @uncchapelhill and Simone Drake at @theohiostateuniversity 🙏🏾🌹

According to the class description, “The course reads Rapsody’s album as emerging from a greater tradition of womanist discourse dating back to the 19th century, and the purpose of this course is to explore that history. Additionally students will look at hip-hop’ historical development to engage with albums from femme-identified hip-hoppers throughout the genre’s history.”

In a 2019 interview with HipHopDX, Rap opened up about the concept behind EVE and explained what “tomboy femininity” meant to her.

“For me, especially in a time when we see music before we hear it, a lot of people judge us on our image and our appearance,” she said. “[I want] to redefine what sexy is. People think because I’m a tomboy and I’m fully clothed, that that’s not sexy. But there’s a tomboy sexiness in that. I grew up in a time where Aaliyah was the biggest thing out and one of the sexiest things out. She wore baggy jeans. She wore big, oversized jackets. She was that tomboy femininity. So, I wanted to just talk about, you know, ‘Don’t forget this image that you see, don’t think that’s the only image.’ 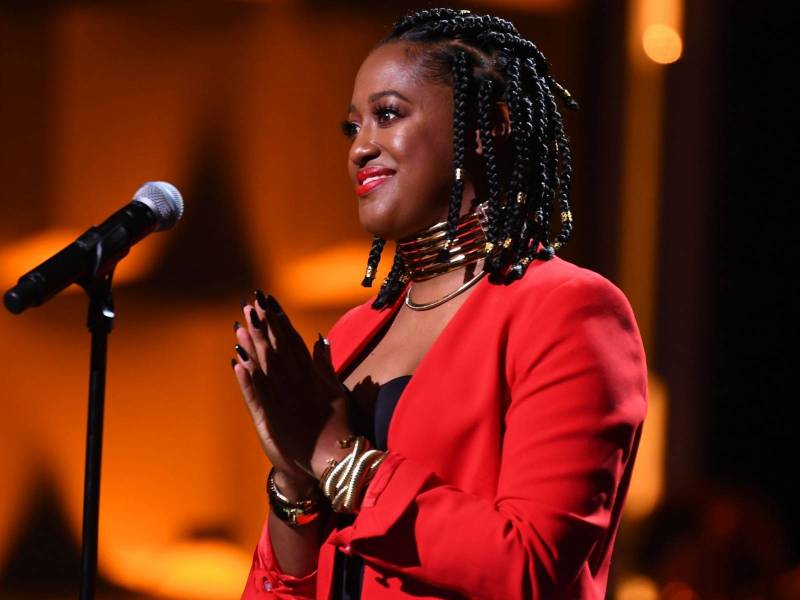 Revisit the album below.