Snoop Dogg ignited a massive debate on social media after he confidently stated Eminem wasn’t in his Top 10 rappers list — dead or alive — while speaking to The Breakfast Club earlier this week.

But now, the D-O-Double-G is showing love to Slim Shady on Instagram, making it clear the diamond-selling MC is still his homie. Alongside a photo of the two Hip Hop heavyweights on stage, he wrote, “Slim Shady wit silky slim. Gang gang.”

Snoop’s comments arrived on Wednesday (July 29) as Charlamagne Tha God, DJ Envy and Angela Yee were discussing Dr. Dre. Naturally, the topic evolved into a conversation about Eminem who was mentored by Dre early in his career.

“Eminem? The Great White hope?” Snoop said. “White rappers had zero respect in rap, let’s keep that 1-thowwow. None. He [Dre] has probably put Eminem in the position to where he could be like labeled as one of Top 10 rappers ever. I don’t think so, but the game feels like he’s Top 10 lyricist and all that comes with it but that’s just because he’s with Dr. Dre and Dr. Dre helped him find the best Eminem he could find.” 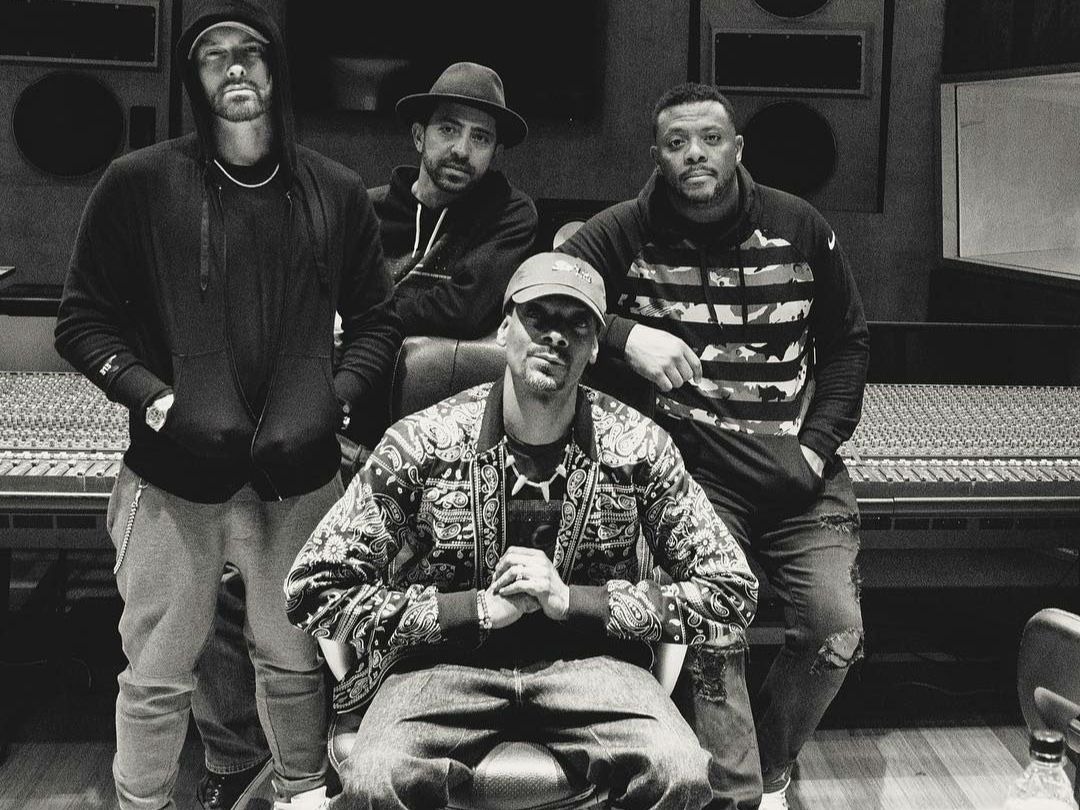 Eminem & Snoop Dogg In The Studio

When asked why Em wasn’t in his Top 10, Snoop replied, “‘Cause there’s some niggas in the ’80s he can’t fuck with. Like Rakim, like Big Daddy Kane, like KRS-One, like LL Cool J, shall I go on? Like Ice Cube. You understand me?

#snoopdogg says #eminem is not in his top 10. Is this faxxx or fiction??