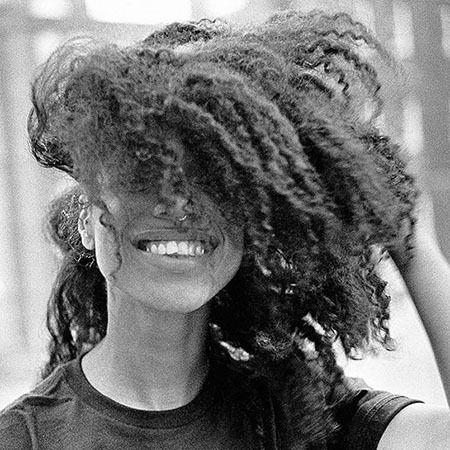 When an established artist decides to self-title a new album, it’s usually a sign of some kind of reawakening or response to a major life event. And so it proves with ‘Lianne La Havas’, which comes five years after her second LP, ‘Blood’, and was written in the aftermath of the end of a relationship. That kind of period of flux can often lead to a period of personal evaluation and self-reflection, which may go some way to explaining why ‘Lianne La Havas’ is more pensive and inward-looking than her previous work. Throughout the record’s eleven tracks, there’s a feeling of searching, of things not quite being as they should, and La Havas doing her best to find out why armed only with her guitar and her voice.

This isn’t to say ‘Lianne La Havas’ is a maudlin record at all. In fact, far from it. There are moments of real defiance and strength, and it’s no surprise to learn that this is La Havas’ first record that was self-produced alongside her own touring band. ‘Lianne La Havas’ may not have the kind of immediate, attention-grabbing tracks that made both ‘Blood’ and ‘Is Your Love Big Enough?’ so successful, but the greatest weapon in her arsenal – her voice – has arguably never sounded better. It’s an astonishing instrument – distinctive, powerful and able to impart great emotion without ever succumbing to melodrama – and she makes superb use of its full range throughout the record.

Halfway through the record comes a cover of Radiohead’s ‘Weird Fishes’, that La Havas manages to make sound more personal and poignant then the original. Perhaps the most surprising thing about this song, though, is how seamlessly it fits into the overall mood and textures of the album. The clean tones and swirling, finger-picked arpeggios on several tracks recall a lot of the work on In Rainbows, and elsewhere, the soundscapes are reminiscent of Tame Impala or Unknown Mortal Orchestra.

It’s true that Lianne La Havas does lull in places, and the vocals do rescue her from a tight spot on more than one occasion, but you get the sense that this is a record which you really have to live with and invest time in before you’re lucky enough to appreciate its myriad charms.

The most revealing moment of Lianne La Havas comes in the album’s closing minute. As the keyboards of ‘Sour Flower’ fade and we’re left with just handclaps and a drum pattern (which, incidentally, is very Phil Selway), it’s repeated until one of the band makes a mistake causing La Havas to let out a riotous, unguarded laugh, which she follows by exclaiming, “That’s it! It’s done!” That small moment of insight reassures you that she’s completed her own personal journey, has achieved what she set out to do and is now in a good place. It’s a fitting end and you can’t help but cheer her on.