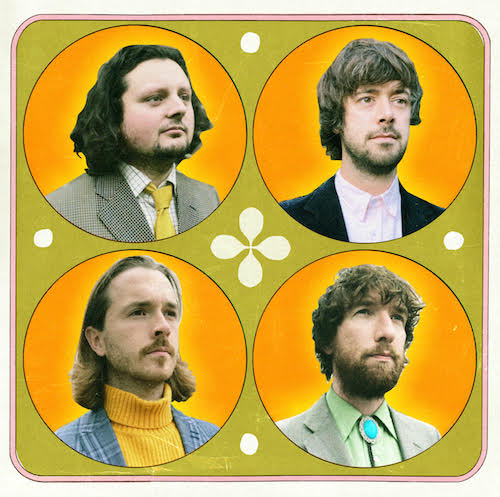 The band seem to walk their own path, blending giddy psychedelic elements with a raucous sense of post-punk.

Difficult to pin down, an obvious counterpoint would be Gorky’s Zygotic Mynci but there’s also a dose of Squid’s awkwardness in there, too.

New single ‘Rebecca’ is an off piste guitar jammer, one that moves from lysergic dreaming through to a crunching breakdown via some 19th century political riots.

“I’ve always been fascinated by the tales of the Rebecca Riots,” says lead singer Gruff. “It was when local Welsh farmers in the 1800s took to smashing up the toll gates put up by rich landowners, whilst being dressed in women’s clothes screaming the name Rebecca. That incredulity and rage still exists today, rising day by day due to the rich feeding off the poor… perhaps I should get my skirt…”