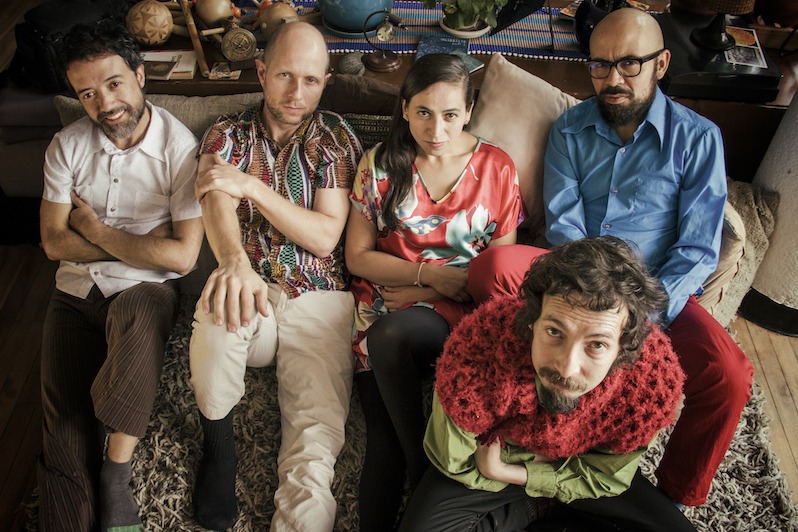 The video, shot by Bibiana Rojas and featuring art by Mateo Riviano, features a split screen between moving, constantly changing illustrations and a continuous shot of Alvarez on a telephone, surrounded by various toys and devices.

Meridian Brothers released a statement about the song and video: “The video will handle the idea of a divergent non-video using two frames of content. The first frame will depict a filmed character in a daily context pretending to play the song, and the second frame will be a comic-animation, depicting the lyrics of the song.

“The lyrics also introduce the theme of most of the songs of the album: The absurd of centralized ideologies. In this particular song, ‘los golpeadores de la cumbia’ (cumbia beaters) refers to cumbia as an element of emancipation of a minority (the cumbia ghetto). The ideology of cumbia gradually turns into an environment of hedonism and corruption ending in a far out party. The video at the end, depicts Anibal Velazquez, the legendary artist from Colombia who in the form of a giant Kraken destroys the corrupt party leaving just debri and solitude.”