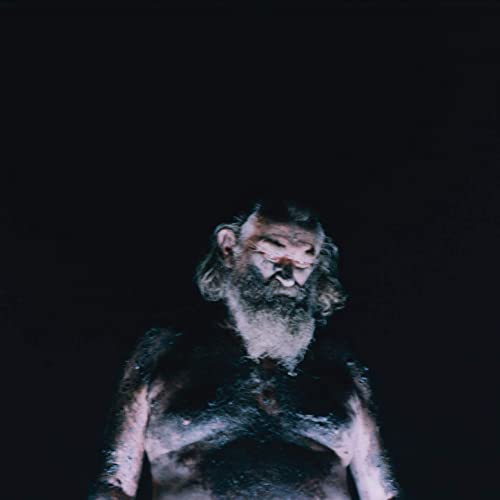 I don’t need to go into detail when I say that 2020 wasn’t perhaps the year we were all expecting when we ushered it in, eyes bright with anticipation or whatever else had been consumed that evening. For that reason, it’s somewhat fitting that an image of a black hole was NOTHING founder Dominic Palermo’s inspiration for their new album ‘The Great Dismal’.

Indeed, even if one hadn’t listened to NOTHING before, they’d be forgiven for assuming that given the events of the year, and the record’s title, that the fourth LP from the Philadelphia shoegazers would be a bleak and desolate affair and digging into the back story of Palermo himself would only strengthen such assumptions.

The fact is though, they’d only be half right.

‘The Great Dismal’ does have its moments of weight and claustrophobia, as one might expect from a record that “explores existentialist themes of isolation, extinction and human behaviour”, but just as such themes harbour darkness, so too do isolation and human behaviour harbour beauty as well. As such, it’s a record with two distinct personalities, though the lines between them are rarely defined. Opening number ‘A Fabricated Life’ for instance, is an interesting starting point.

Understated and slow burning, it shares more in common with Sigur Ros than it does the NOTHING that fans have come to expect. Six minutes of sprawling dissociative shoegaze, it unfurls steadily, the addition of strings elevating the track above the cloying reach of its initial despondency. A delicate and interesting opener indeed.

From here the album takes a menacing and somewhat dissonant turn. ‘Say Less’ is heady and haunted, its drums providing a jagged tether amongst washes of disorientating guitars and sudden blasts of feedback, while ‘Famine Asylum’ is as airy as it is heavy, the dichotomy of Palermo’s ethereal vocal delivery and a chunky bottom end entering prime shoegaze territory.

Elsewhere however, things are a little less paint-by-numbers. ‘Catch A Fade’ is a rich ‘90s influenced offering that draws its influence from bands such as Sebadoh, Pavement and Built To Spill. The narcotic ebb and flow of ‘Bernie Sanders’ is perhaps NOTHING at their most psycheldeic, a motorik groove swelling hypnotically before blossoming into an almost kraut-rock-esque conclusion.

Indeed, it’s ‘Bernie Sanders’ that marks the record’s halfway point, and its subtle shift towards something lighter and more ethereal than earlier cuts would suggest. ‘Blue Mecca’ for instance is dreamy and diaphanous, the subtle strings once again lifting the track from its depths, entwining with Palermo’s vocal in order to create something truly special.

‘Going Into The Great Dismal’ expecting a repeat of 2018’s ‘Dance On The Blacktop’ will leave fans disappointed. While that album felt steadfast in its desolation, ‘The Great Dismal’ is both heavier, and lighter, its peaks more pronounced, its troughs deeper and darker than anything released previously.

As such, it feels like an accurate and not-so-subtle reflection of the milieu from which it was born, and the year we’ve all faced. Haunting, visceral, and often beautiful ‘The Great Dismal’ is a record well worth checking out.