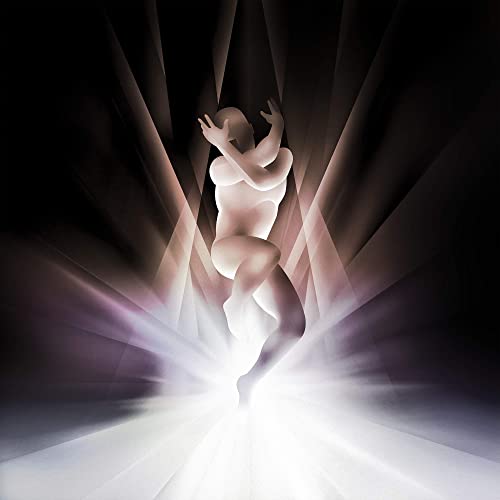 There were a lot of reasons to be worried about the new Smashing Pumpkins record. Firstly, it’s the second instalment in the ‘Shiny And Oh So Bright’ series, which the ‘newly-reformed’ band kicked off with 2018’s patchy-as-hell ‘No Past. No Future. No Sun.’. Secondly, it’s a double album, and there is yet to be a double album recorded that a bit of judicious editing wouldn’t improve (yes, I include the Pumpkins’ own ‘Melon Collie And The Infinite Sadness’ in this assessment). And finally, from the band’s Instagram page and steady stream of singles, it quickly became clear that ‘Cyr’ was going to be a full synthpop album from a band famous for making the electric guitar sound better than anyone else.

Bizarrely this release finds Billy Corgan, the most po-faced, humourless (aging Simpsons cameo notwithstanding) voice in alternative rock, teasing out two full albums worth of fun, hip-wriggling goth pop. Suddenly all the press shots of him glowering at the camera while wearing glitter and coming off like a children’s entertainer whose parole is up sort of make sense. Sort of. Make no mistake, Billy Corgan is still a strange, angry man, and no amount of make-up and burbling synthwork is going to change that. He is utterly incapable of being charming, or seductive, or even tongue-in-cheek, all basic human behaviours he aspires to on ‘Cyr’. The results are, and I cannot stress this enough, really funny.

Let’s start with the lyrics. The album opens with the couplet “Whomever wants you alone. Whomever wants you, atones” on ‘The Colour Of Love’ (note the British spelling. Let no one say that William Patrick Corgan isn’t a man of culture). Any record that starts with a “whomever” is worth your curiosity, any that doubles down on it deserves your attention. Things get even better on ‘Confessions Of A Dopamine Addict’, where Corgan exclaims that he’s “down for bewitching trains”, and continue in much the same manner until reaching an absolute zenith on ‘Hidden Sun’s immortal question: “Which of these dolphins can set you free?”

Musically there is a clean house style that running through the album. Only two tracks, ‘Anno Satana’ and ‘Wytch’, could be described as being ‘guitar-driven’, the rest hang on a tripartite balance of interlocking synthlines, heavily effected female backing vocals and skittering drum machines (‘Cyr’s only true crime is its waste of Jimmy Chamberlin, the hardest-hitting drummer in rock).

‘Telegenix’ has a big dub bassline that wobbles in with all the grace of a spade. ‘Starccraft’ is built on an obnoxiously repetitive handclap that, much like a good Stewart Lee joke, starts off funny, gets extremely annoying and then somehow becomes funny again. Listening to the spritely two-step of ‘Adrennaylnne’ it’s hard not to imagine Corgan sidling onto a dancefloor then jerking his limbs around around like a clumsy robot desperately trying to emulate the humans around it.

If these all sound like criticisms to your ears then you woefully misunderstand me. Billy Corgan’s attempt to make a fun and breezy record while fundamentally not understanding either of these concepts has resulted in a simply astronomical level of campness that I am fairly convinced he doesn’t even recognise, let alone understand. This doesn’t prevent him from writing some excellent songs (the title track, ‘Save Your Tears’) and doling out some signature Corgan vocal performances (“All Hallow’s eeeeeeve”, “If you say it’s not, suiciiiiiiiiiide” “Swwwooooooooon” andvarious other sustained vowels), plus he’s proved himself to be just as adept on the keys as his axe ever since 2012’s underrated and synth-heavy ‘Oceana’.

‘Cyr’ is, of course, far too long and more pretentious than a Met Gala soiree, but the innate contradiction between the essence of The Smashing Pumpkins and the music they have decided to make does keep the listener engaged for much longer than it has any right to. Ladies and gentlemen, I give you Billy Corgan, boogie-ing confusedly.