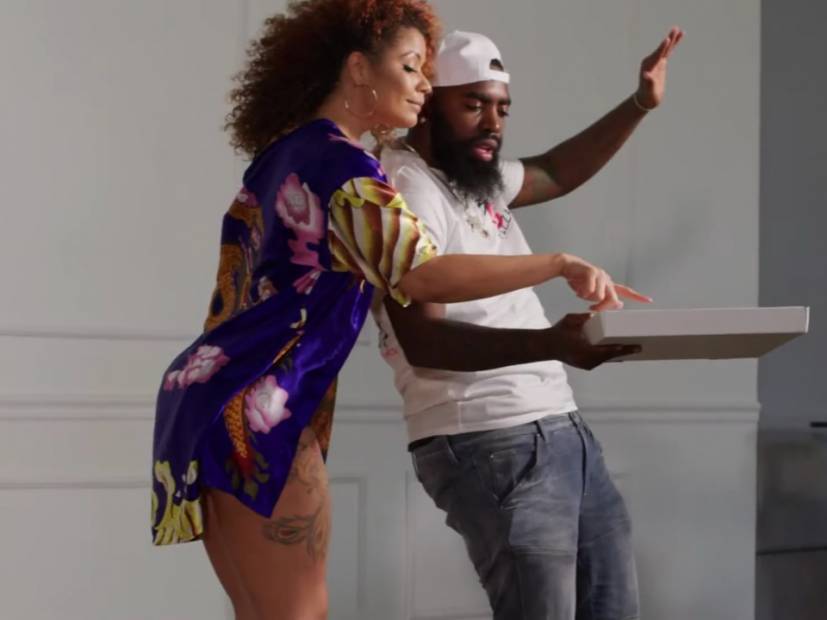 Miami, FL – Nearly a year ago, 3oh Black had been chosen by the people of the Internet as next to blow up out of the DMV area off the strength of his viral hit “All Talk.”

Now, with his own movement in-tow, Black is poised to take 2020 by storm and has returned with the visual for his new single “Drive The Boat.”

HipHopDX spoke with 3oh Black ahead of the visual release to chronicle his rise through the ranks in the D.C. music scene, relationships with prominent DMV artists like Rico Nasty and YBN Cordae, and his plans for 2020.

Ima Fuck The Streets Back Up Real Soon 😈😈😈

HipHopDX: Why did you feel like now was the perfect time to drop ‘Drive The Boat’?

3oh Black: With the drive the boat song I just feel like everybody was turning up. Like Megan Thee Stallion had the whole little wave going and everybody in the club was trying to drive boats, getting turnt up. And I don’t know, I think I had like a show — I had like five shows in three days or something like that and just I kept having females drive the boat, so that got stuck in my head and that’s how I came up into recording it. I was just thinking about all the shows and events and it just popped into my head, ‘she wanna drive the boat,’ and I just cooked it up like that.

HipHopDX: What inspired the concept for the music video?

30h Black: Alex is who shot the video and he came up with the idea. And me I’m just a fun person, so I was just pitching ideas like, ’we should do this, we should do that’ — like when I’m delivering these pizzas I should take a bite out of it when I’m delivering it. Like it was just genuine because he’s always been in the D.C. area and I always want to work with people from the area and he’s one of the best cameramen out there. And I just trusted his view with everything from what I’ve seen with all of his other work. Because he shoots everything for Flo Rida and other artists, BET Jazz, I’ve seen his work everywhere. So I knew once the time was right I would want to shoot with him and it was like the perfect song and perfect timing and we definitely want to cook up more videos and stuff.

HipHipDX: Speaking of “All Talk,” can you talk a little bit about the success of the single? Considering you recorded it on your own as you said, did you expect all of the memes and the viral success of the track and do you think it was a good or a bad thing the track went viral?

3oh Black: The memes and stuff came out of nowhere. But when I drop a song I always expect them to do the most. Like I expect them to go crazy. But before that, it had a couple hundred thousand on the video or something like that, probably like 100,000 or 200,000 or something like that and then the memes just grabbed it and went crazy with it. And people still — I feel like I still got work to do because people don’t really know 3oh Black, they know that song. And for real, not even the whole song, people know that part.

3oh Black: Like when I performed at rolling loud the first time when Rico Nasty pulled me out at Rolling Loud — you could tell some people in the crowd knew that whole song but when it came to that part you could see everybody’s eyes light up like, ‘awe shit this is who this is,’ and then everybody just started singing, “four niggas walking up and it’s just me.” So I just feel like I got a lot more work to do. I feel like I gotta show face more. I have never been a camera type of dude and stuff like that — I just feel like once people see the personality, the music is the easy part for me, I just feel like when people see the personality the music part they will catch on. I can last in the game because I’m not no boring rapper. I enjoy myself and I have fun and that’s what people want to see they just want to see you enjoy yourself. So I just feel like once people see me being myself the rest of this shit gone be a cakewalk.

HipHopDX: How did you get started working with DMV artists like Rico Nasty and Fat Trel?

3oh Black: I been popping in the DMV since I started rapping. Because everybody already knew who I was because I was in a gogo band so everybody in the area already knew who I was because I had already been in the streets, I been in the club and stuff like that. I started rapping about 2014 or 2015 around that time. So I been rapping for about five years but when I started Go-Go was all I knew. Rap was cool but that wasn’t D.C. at all. Like we had people trying to rap but they weren’t getting the exposure or the attention because everybody in D.C. was listening to Go-Go. But she [Rico] was always just popping in the area. I always watch the talent in the area, and we were in the studio that day and she did a song and like five people were on the song and I was supposed to get on the song but I left — and the song did numbers in the DMV. But we just kept in contact for real. I would go to her house and she would be painting or something — or with her boyfriend, I would kick it with him and play the game with them. We just built like a genuine friendship.

And Free Fat Trel man. Fat Trel was another one of them dudes connected to — like we got rappers in like the DMV that you never seen that come out the cut and you be like, ‘who is this,’ I’m going to listen to their stuff if they are from here, but Fat Trel is a nigga who is outside. Like you go to his neighborhood and you would see him. You would go to the Go-Go’s or the clubs and see him. And a friend of mine was rapping before me, him and Fat Trel was cool so I was just around them, they would be in the studio or they would be in the club and I would be in the club with them and we just inked up off that for real.

HipHopDX: What other DMV artists have you worked with in the past?

3oh Black: Black Fortune that’s my boy right there that’s my dawg, I met him through music. He dropped a song and hit me up in my DM or email and was trying to get a feature. I told him the price and he was like, ‘man everybody rocking with me I got this song called “OsshhWop” and everybody fuck with it can you listen to it right quick.’ I was like a’ight, and I listened to it and I was like, this shit is crazy, this shit is fire. So I called Jay [IDK] like, ‘you know who Black Fortune is,’ and he was like, ‘yeah, yeah I just hopped on the “OsshWop”’, and then I was like yeah I’m about to do this shit and watch this shit crank and I put a verse on it. I don’t even think he dropped it because it was like four verses on it. But that’s how I linked up with him. Because for me, it’s not really about money with me if I hear something and I like it. And I liked that confidence because he was like, ‘nahh I got this hot ass song I ain’t even trying to pay you,’ and I was like, ‘fuck you mean you ain’t trying to pay,’ then I listened to the song and I was like man this shit dope (laughing out loud). I did the same thing with YBN Cordae, that’s how I linked up with him, off a feature.

HipHopDX: What’s it like being an up-and-coming artist from the DMV during a time when so many notable artists are rising from the region?

30h Black: I see everybody going up and that’s what really motivates me, seeing everybody else be successful. Like when Cordae signed and he was going crazy dropping and all these big-name people posting him, I’m like, ‘damn I love this shit.’  And you got people that hate — like I hate that shit I feel like that’s people’s problem. Like, why are you hating? This should inspire you to go to the studio and cook up. Lie, I’m seeing it happen for people who I hung with and know in real life. Like I know this shit is real. Before all these people started signing I didn’t believe any of this rap stuff was real, like they not going to come here. D.C. is little, there is no way they are coming here to get artists — but then it started happening. So seeing Rico and Fat Trel — and Shy Glizzy getting nominated for a Grammy an all that, that just kept me motivated and kept me going. 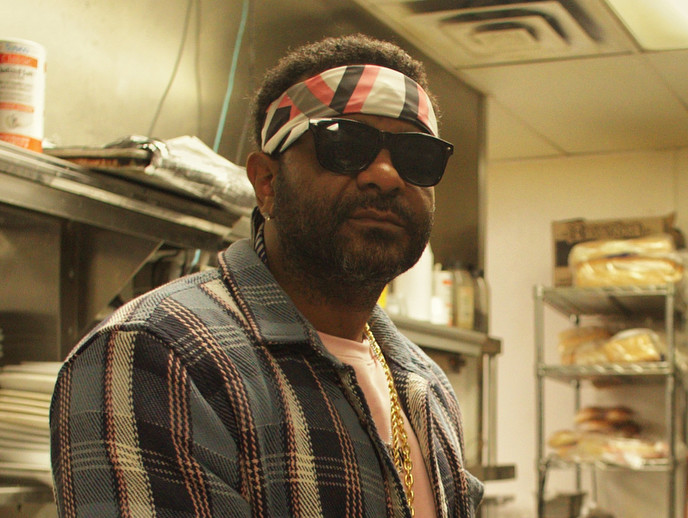 Interview: Jim Jones Is Showing Us A New Side To Capo

HipHopDX: You also just dropped the video for “Avirex” recently, what all can we expect from 3oh Black in 2020?

3oh Black: I’m tryna flood the streets this year, so I got music for days. I just wanted to have the game plan ready before we pushed the button. So now we started it with the “Avirex” we kicked it off with that. Then come back now with this “Drive The Boat” record — it’s like me personally I feel like I have endless projects ready. Like all I do is record music. I just bought the in-home studio so it’s like, all I am going to be doing is making music.

3oh Black: So you are going to get endless music from me in 2020. That’s all I’ve been doing the last two days. It’s not even about making full songs like I’ll make a hook. And that’s why I like it in the house because I don’t gotta force I don’t gotta rush it I can just make a hook and then I just step off and go play the game or go eat or something and go finish the song whenever cause it’s there. And that’s why I like recording in my house for real. Like all the songs like “All Talk” I recorded “All Talk” myself and sent to my mans. I don’t really go to studios. I prefer recording in the house. I have just been cooking up, I’ve got a song with two of the top artists in Atlanta right now — ready to push the button for real. More videos, songs, shows, all that.

Watch the video for “Drive The Boat” above.