Miami, FL – 6ix9ine and Meek Mill nearly came to blows during a heated parking lot confrontation in Miami over Valentine’s Day weekend. So it’s no surprise the organizers behind Meek Mill’s 34th birthday celebration on Friday night (May 7) have put a ban on 6ix9ine, who happens to be in South Florida as well.

According to TMZ, the staff at LIV nightclub in Miami (where the party is being held) is on high alert just in case the inflammatory rap personality tries to reel Meek into more of his nonsense. In fact, if 6ix9ine and his entourage do show up, they won’t even make it past the front door. 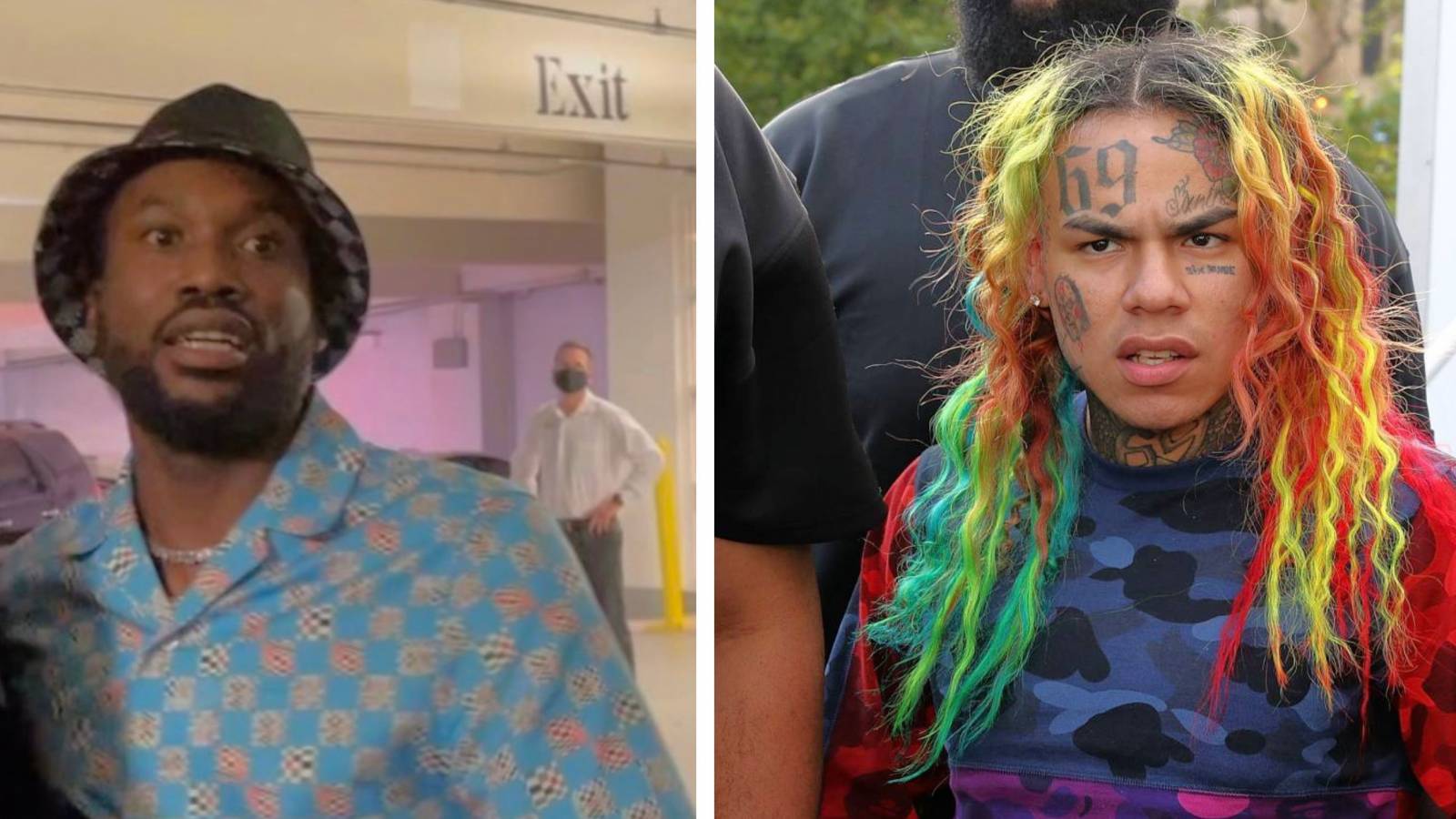 Meanwhile, Twitter was incensed after NFL star Antonio Brown invited 6ix9ine to work out with him at his personal training facility in Florida. The Tampa Bay Buccaneers Super Bowl champion posted a video of 6ix9ine running some 1-v-1s and easily catching passes over the 5-foot-5 rapper.

Negative comments quickly poured in, with many people wondering why Brown would associate with a known informant like 6ix9ine.

One person wrote, “From being the best receiver in the league to 3rd string at Tampa and now doing workouts with a snitch … #rockbottom,” while Canadian Football League player Ahmad Thomas added, “Taking L’s all across the board?”

Despite the criticism, Antonio Brown, 6ix9ine and Meek Mill appear to be enjoying their time in Florida. Meek officially turned 34 on Thursday (May 6) and has dubbed his celebratory weekend “Meekend.” As long as 6ix9ine doesn’t show up, it should prove to be a pleasant celebration.