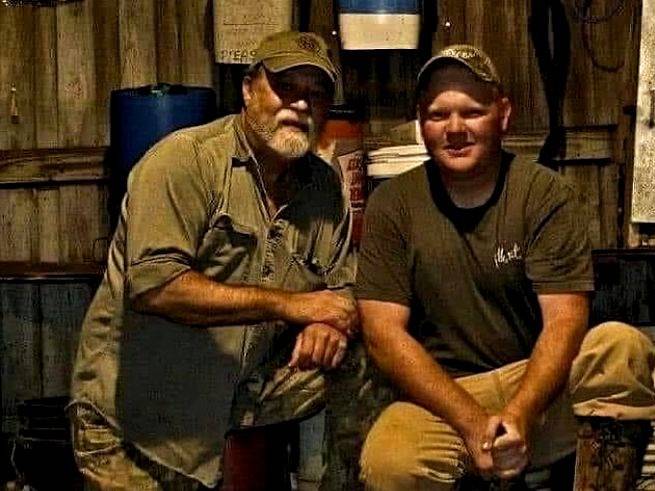 Glynn County, GA – The father and son duo suspected of killing 25-year-old Ahmaud Arbery — Gregory and Travis McMichael — have reportedly been arrested. The New York Times reports the two men were taken into custody on Thursday (May 7), shortly after a graphic video of the incident went viral.

Gregory, 64, and Travis, 34, were each charged with murder and aggravated assault and booked into a jail in Glynn County, Georgia where the incident occurred. In a press release, The Georgia Bureau of Investigation identified Travis as the shooter.

The mugshots of Gregory and Travis McMichael, who have been charged with the murder of Ahmaud Arbery. pic.twitter.com/O0M6vPMs1Q

According to court documents obtained by the Times, prosecutor George E. Barnhill of Georgia’s Waycross Judicial Circuit — who had the case for weeks — ultimately recused himself over a conflict of interest.

He advised the Glynn County Police Department there was “insufficient probable cause” to issue arrest warrants for the McMichaels, noting the men were carrying their weapons legally under Georgia law.

He also cited Georgia’s citizen’s arrest and self-defense statutes. Barnhill also claimed Arbery initiated the fight with Travis, so he was “allowed to use deadly force to protect himself.” The case was ultimately handed over to another district attorney, Tom Durden.

BREAKING: The father-son duo seen accosting and ultimately killing jogger Ahmaud Arbery in a now-viral recording have been arrested by Georgia authorities pic.twitter.com/aMjEWnUYYz

The murder, which took place in February, sparked outrage after the McMichaels weren’t immediately arrested and charged. NBA superstar LeBron James, T.I., Meek Mill and Waka Flocka Flame were among the many celebrities calling for justice.

The shooting, once again, places a spotlight on the racial injustices that run rampant in the United States. A protest organized by the local chapter of the NAACP will take place outside of the Brunswick courthouse on Friday morning (May 8) on what would have been Arbery’s 26th birthday. Chapter vice president Gerald Grigg said the rally would continue as planned.

“We are going to send a message,” he said, “and the message is this: We will not allow unarmed African-Americans to be killed in this state with impunity. We will demand punishment within the fullest extent of the law.”