Moneybagg Yo copped his boo Ari Fletcher a customized Lamborghini Urus for her 25th birthday in July, but she decided she needed more options.

In a post shared to social media on Sunday (September 6), Fletcher revealed she just bought herself a 2020 Bentley Bentayga – which has a starting price of $156,900.

“Looking at this shit right here, though!” Fletcher said showing off the SUV’s all-red interior as her boyfriend’s hit record “Said Sum” blared through the sound system. “Oh my God! Oh my God! Bitch, do not play with me. Yeah, that’s 2020 in case a muthafucka ain’t think I was right with the year.”

#moneybaggyo gets his girl #ari her second car this year . He copped her a Bentley truck and a lambo truck. Is he boyfriend Of the year or na?

After Akademiks and several publications reported Moneybagg had paid for the luxury vehicle, Fletcher was quick to let them know she did it all on her own.

“AHT AHT!!! I bought my Bentley,” she wrote on Twitter.

AHT AHT!!! I bought my Bentley.

The birthday Lambo had rubbed one of the mothers of Moneybagg’s seven children the wrong way and prompted her to speak out on Instagram Live. In a since-deleted post, Chyna Santana explained she’d just been dating the rapper less than a year earlier and felt slighted that he was spending all that money on his new girlfriend so fast. 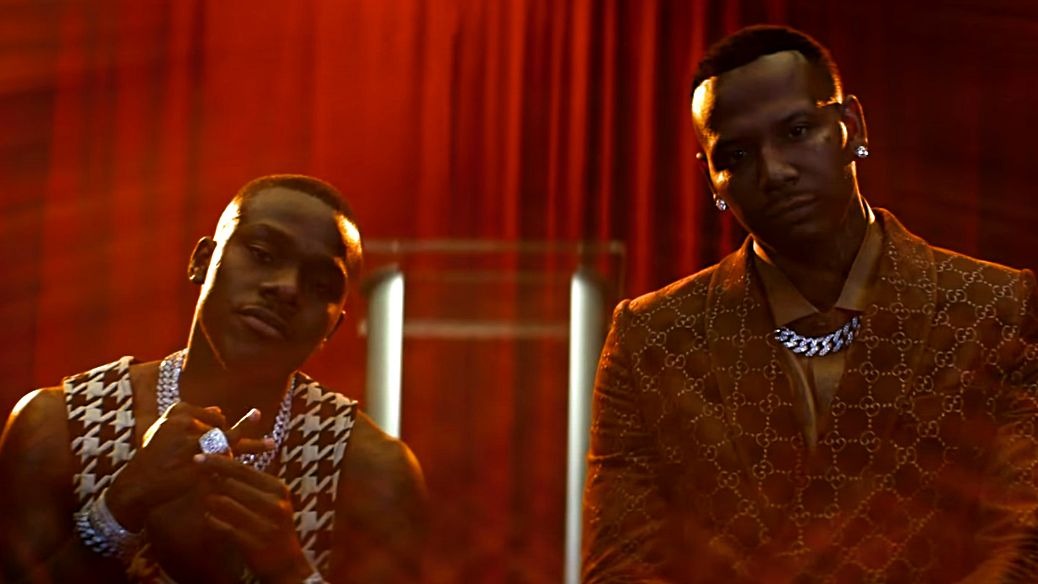 Moneybagg was linked to Megan Thee Stallion prior to his current relationship, while Fletcher shares a child with ex-boyfriend G Herbo and has also dated boxer Gervonta Davis. “Said Sum” was released in June, making his highest-charting single to date, peaking at No. 44.