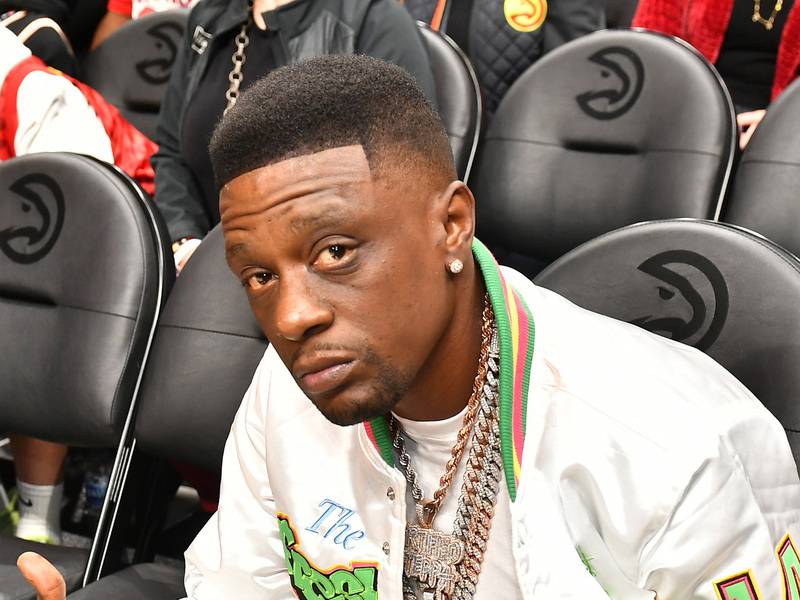 Boosie Badazz has sparked controversy once again. In his latest incident, the Baton Rouge-bred rapper has elicited outrage for bragging about getting a “grown woman” to perform oral sex on his underage son and nephews.

Boosie’s comments aren’t the first time he’s publicly discussed getting oral sex for an underage child. In 2017, he came under fire for a similar statement around the time of his son’s birthday.

“Pops see u tomorrow got a bag for you n a bad bitch to give u some head,” he wrote on Instagram.

Happy gday @tootie_raww love you son with all my heart Pops💯💯💯💯see u tomorrow 💯💯💯got a 💰bag for you n a bad bitch to give u some head 💯u already know how I do it Tootie Raww the mixtape dropping Oct.1st

Boosie later denied providing his son with the lewd gift and downplayed the post as nothing more than a joke.

“I was just clowning on Instagram,” he told TMZ. “I ain’t gonna get him no head. I ain’t gon’ bring nobody, gon’ get him no head but if he wanna get some head from a girl, he’s 14 years old. I’m cool with it.”

He added, “Fucking at 14, so you know … Fucking is popular at 14, 15 years old. That’s when they be in heat. You know, but I’m not just gonna bring a girl to give him head. You know but from what I know, he got head before.”

Boosie’s latest remarks make it easy to cast doubt on his past explanation, once again putting his parenting under scrutiny. And in light of his outspokenness about Dwyane Wade’s transgender daughter, he’s opened himself to criticism about his actions as a father.

Unsurprisingly, Boosie’s comments haven’t gone over well on social media. Check out some of the reactions below.

People can’t handle Dwayne and Gabrielle allowing their child to live out loud but are completley fine with Boosie’s stupid ass getting grown women to molest his underaged kids?

I’m surprised no one is threatening to call CPS on Boosie. Cuz y’all couldn’t wait to call for the mom who was playing on the pole with her daughter. pic.twitter.com/VQv8jP2nNo

Boosie is on IG defending his decision to strip his 13 year old child of agency, forcing him into a sexual act with an adult. And a bunch of dudes are cosigning. Some of yall don't deserve children. And your parental rights and access should be revoked.

Boosie admitting to facilitating the molestation of preteens, by an adult woman, should be enough for his account to be deleted and banned at the very minimum.

This is 100% not okay and if you don’t see a problem with it you are a part of the problem.

Plus, I’m willing to bet most of the niggas laughing along with Boosie hate gay black people and think they’re “destroying the black family”

Did the kids even want it ? What mental state are the women in who willingly did this ? And how does Boosie still have full custody ? https://t.co/b13weKMIY8

Let's make this clear. This is sexual assault of minor children. Ave he facilitated the sexual assault of his own child. This is NOT OK. I don't condone this. Niggas like Boosie will never understand what unconditional love is. This nigga need to be in jail. pic.twitter.com/ey1ks0vfJ9