Boosie Badazz allegedly has a trump card in his back pocket following his recent arrest in Atlanta.

In a recent Instagram Live video, the 38-year-old rapper revealed footage of a security guard pulling a gun on him and his team at State Farm Arena on October 1. The incident took place after a fight occurred on stage during Boosie’s set at the Legendz Of The Streetz tour.

“N-gga hit my boy with a gun, I got the video,” Boosie says in the clip. “State Farm Arena not supposed to let nobody with guns in the arena. You messed up. I got the video. Y’all really messed up. State Farm Arena … and y’all banned me, so y’all can send me my $100,000 for my season tickets back too. Y’all can run that back too since y’all banned me.”

After taunting about getting hold of footage which may exonerate him, Boosie made a hefty demand for proper restitution.

“I want $20 million,” Boosie declared. “I got the video right here in my phone, right here. I got the video, it’s in slow motion. He was done wrong, we was attacked with guns in the State Farm Arena.”

Boosie previously asked fans to provide any video footage of the altercation. He tweeted on social media declaring he would pay $5,000 for security footage showing the unnamed security guard pulling a weapon out during the skirmish. 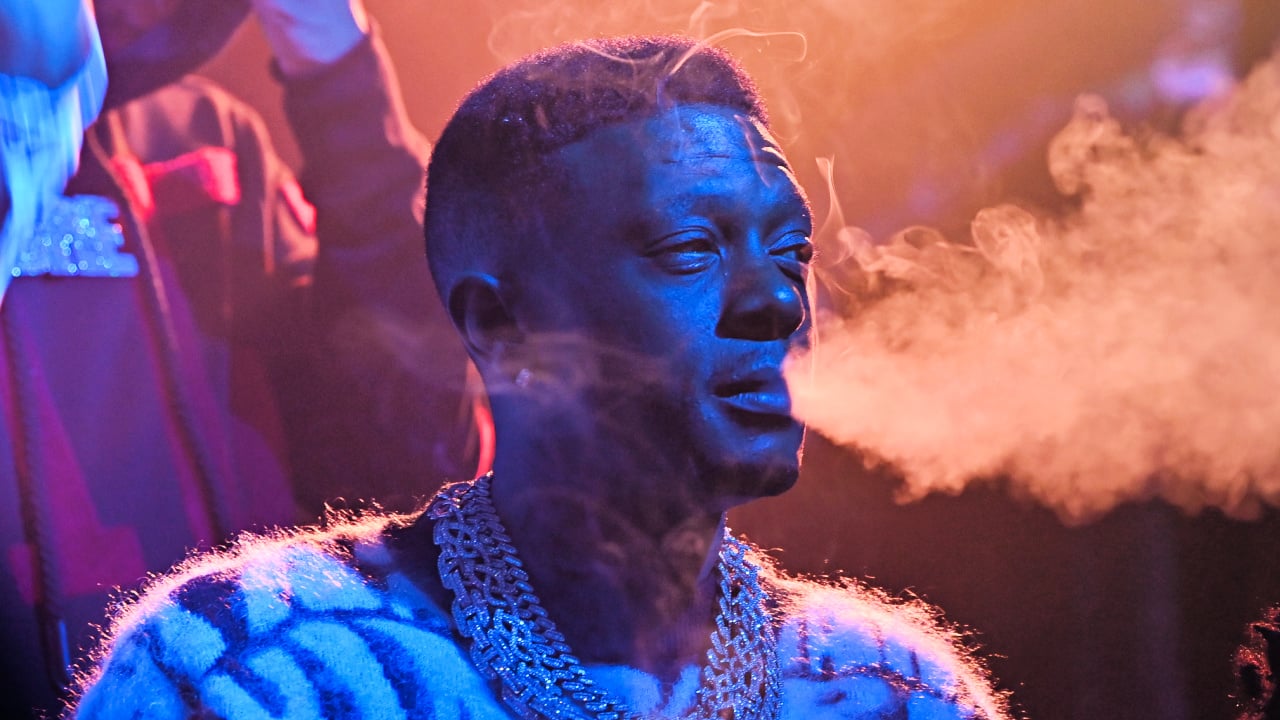 Late Tuesday (October 12), Boosie was booked into Atlanta’s Fulton County Jail on charges of 2nd-degree criminal damage to property, inciting a riot, disorderly conduct property and criminal trespass stemming from the incident on October 1. He was released the next morning.