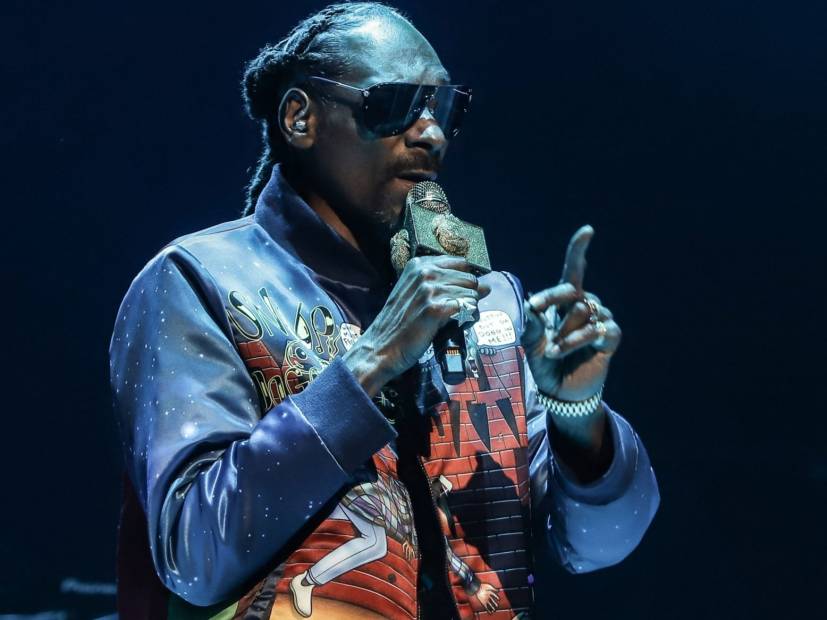 The online feud between Snoop Dogg and Tekashi 6ix9ine doesn’t appear to be letting up.

After engaging in a contentious back-and-forth over the weekend, Instagram personality Celina Powell was dragged into it on Sunday (May 17) after 6ix9ine posted a video of hers which allegedly proves Snoop had cheated on his longtime wife Shante Broadus.

Now, Powell is claiming Snoop is attempting to reel her into some kind of scheme against 6ix9ine. In another Instagram post, Powell shared a video clip of her iPhone that shows Snoop allegedly calling her. When the call connects, a French Bulldog pops up on the screen.

She wrote in the caption, “@snoopdogg I’m not interested in teaming up with you against @6ix9ine, stop calling me askin why I’m egging him on … And showing me your dog @juelzbroadus so I don’t screenshot you, was a mistake .. you know i stay with two phones. #TEAM6IX9INE.”

#PressPlay: #CelinaPowell is alleging that #SnoopDogg is calling her.👀 (SWIPE)

It didn’t take long for both 6ix9ine and Snoop to jump in The Shade Room’s comment section. The rainbow-loving rapper wrote, “This y’all uncle?” to which Snoop replied, “This nigga reaching. [rat] of a feather hang together. not working.”

Snoop added a series of emojis, including a police officer and cop car.

Snoop and 6ix9ine started going at each other on Saturday (May 16) after the “GOOBA” rapper insinuated the West Coast rap legend had snitched during the Death Row Records days. Following a few insults, Snoop ultimately denied any such behavior while warning 6ix9ine to back off.

“Niggaz know I ain’t have nothing to do with suge knight getting time,” he wrote in an Instagram post. “we had the same lawyers. this [rat] reaching calling me a snitch and FYI. He most likely drew up the papers. he do work with the [cops]. Suge and me on great terms now so if I told on him we would never be cool and that’s a fact [clown]. now carry on and stay tuned for the tattle tales movie and Record lil bitch. @6ix9ineofficial I got time.”

6ix9ine’s online behavior is a far cry from what his lawyers promised. Shortly after their client was granted a compassionate release from prison last month, they said he wouldn’t engage in any social media trolling. Evidently, they were wrong.

It appears ever since he made his grand return with “GOOBA” and started smashing YouTube and Instagram Live records, he’s right back to where he was before his November 2018 arrest.