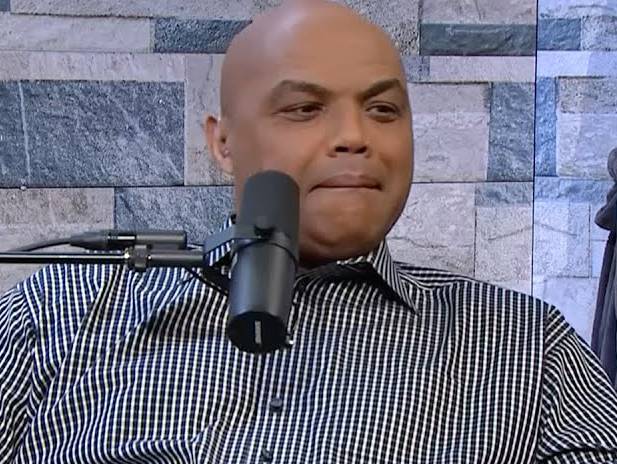 With professional basketball suspended indefinitely, Charles Barkley is no longer a weekly fixture on TNT. The former NBA MVP is, however, co-hosting The Steam Room podcast along with Ernie Johnson once a week.

The two Inside The NBA co-hosts spend just under an hour covering mostly non-NBA-related topics.

On the most recent episode titled “Next Stop: Flavortown,” one of the topics was the widely circulated meme of Bill Clinton holding his four favorite albums. This prompted a caller to ask the “Round Mound of Rebound” what his four favorite albums were. According to Chuck, regardless of which album you choose, there is only one answer when it comes to Hip Hop.

“Number one, I don’t know the exact [album]. Any album by Public Enemy,” proclaimed Barkley without hesitation. “Public Enemy is my favorite rap group of all time,” he added.

Barkley did not go into any more specifics on why he chose the venerable collective, but for his second pick he did share a funny story regarding a very brief phone call from the late “King of Pop.”

“One day I was on a TV show. Remember [Michael] held a baby over the balcony? So I was on a show and the [attorney] Gloria Allred was going crazy, and I went crazy on her, telling her to shut up and, hey listen, Michael Jackson – he just got caught up in the moment – he’s not gonna hurt no baby and blah blah blah,” remembered Barkley. “I said, y’all make a big deal out of every time celebrities do anything and that’s just unnecessary and uncalled for,” he added.

Michael caught wind of the outspoken analyst’s off-the-court defense and wanted to thank him personally.

“So my agent called me, he said ‘hey man, Michael Jackson saw you on TV defending him. He wanted to call and say thank you. Can I give him your number?’ I said, ‘hell yeah. He’s Michael Jackson, give me the time that he’s gonna call,” said Barkley. “So he calls, he says, ‘Charles?’ I said ‘yes.’ He said, ‘this is Michael Jackson.’ I said, ‘hey man I’m your biggest fan.’ He says, ‘I just called to tell you, I heard what you said, that old, mean lady Gloria Allred was saying [bad things] about me on television. I wanted to call and say thank you for defending me,’” he added.

Barkley continued: “Then I say, ‘man I just wanna tell you, I’m your biggest fan in the world. It would be an honor and a pleasure to meet you in person,’ and I keep going. And then I say ‘hello, hello, hello.’ Then I realized that after he said what he wanted to say he hung up. And I was just rambling on about what a big fan I was.”

Watch the Public Enemy mention at the 46:05 mark in the video above.