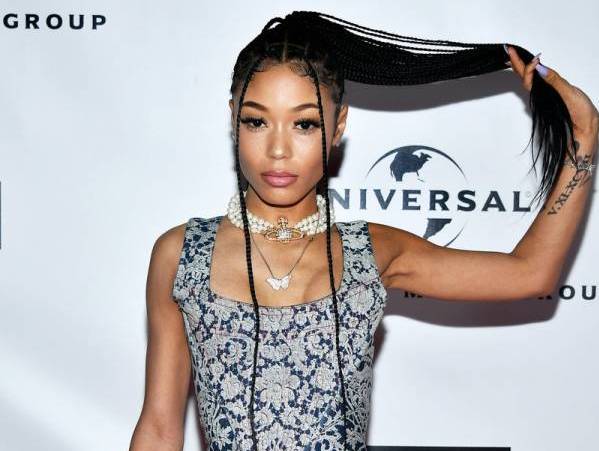 Los Angeles, CA – Coi Leray and Fetty Wap have both contributed to the resurgence of modern New Jersey Hip Hop, and now the two have finally linked for the single “Better Days” geared towards Coi Leray’s upcoming summertime EP. In between her prior 2018 and 2019 tapes ‘Everythingcoz,’ and ‘EC2′, Coi has performed at Rolling Loud Miami as her ex-boyfriend Trippie Redd’s special guest, and then Rolling Loud New York on her own in the same year. Ironically, Fetty Wap was on the same line up for Rolling Loud New York, although the two had met before because of their teams’ relationship, the duo had never formally worked together in the studio.

Coincidentally, nostalgic Fetty Wap talk spontaneously surfaced on social media a few weeks ago prior to the release of “Better Days” with Coi Leray (which dropped on April 29). A viral tweet sparked a conversation surrounding Fetty Wap, ramping up the anticipation for his collaboration with Coi Leray.

The user tweeted: “The kids nowadays will never understand how this was the most anticipated song to be released on Earth at one point,” complimented by an old video of Fetty rapping to his popular 2015 song “Jugg.”

The kids nowadays will never understand how this was the most anticipated song to be released on Earth at one point pic.twitter.com/aKyYDROeca

His collaboration with Coi Leray could be that segway into dominating mainstream music again–being that he held the top spot once upon a time. It’s important to note that Fetty Wap’s 2015 debut studio album went 2x Platinum and he made Billboard chart history. Now, five years later many are accusing him of falling off, despite his numerous popular independent projects that have followed his debut. Hopefully, Fetty Wap’s teaming up with Coi Leray could generate interest in him again.

During an interview with HipHopDX, Coi Leray discussed linking with the “Trap Queen” rapper after years of coexisting as two well-known names in New Jersey, amongst other controversial topics like dating Trippie Redd and her friendship with Bhad Bhabie–coming to DX soon.

HipHopDX: I was very excited about you teaming up with a New Jersey legend, Fetty Wap. I’m from New Jersey too so it’s exciting to see Jersey working together. What was the creative process like getting him on the track?

Coi Leray: Me and Fetty linked through management. Me and Fetty both from Jersey and like we ain’t never link up when it comes to the music and it was about time. I was moving around. The numbers were going up … so I guess his people hit my people. We got in the studio when I was in Jersey and I played him “Better Days” and he fucked with it. So he ended up putting a verse on it.

HipHopDX: Will there be a music video in the future for this song, being that quarantine is still happening?

Coi Leray: Yeah, we were supposed to shoot the video, but quarantine happened. So we just had a little lock-in. But after quarantine, we going to go ahead. I’m going to shoot up to Jersey and get it done.

Gotta make sure I do better, make sure my next move better …. CoiLeray x @sai_naji 🦋 🎶 🎼 DROPPING MY EP NEXT MONTH 🥺🔥🙏

HipHopDX: So as far as the EP dropping this summer, are there any other features that we can expect on there, also what’s the production like?

Coi Leray: There are some other people on there, and the production is crazy. I mean I don’t really want to say too much. I just want to go crazy when it comes out. I think less is more.

HipHopDX: What exactly have better days looked like for you during this pandemic?

Coi Leray: Honestly, I started working out. I ain’t never worked out before, so I been working out with my trainer. I’m going to tag him in everything I do. Like I wake up, go to the gym … I feel good. I’m taking vitamins. I got a studio in my crib now so I make sure I stay creative and I’m working. Besides that, I’m just keeping up with my platform, my socials, and just doing what I got to do as an artist plus praying for everybody. I’ve been speaking to my family on FaceTime and hoping that this shit going to end so I can go outside and shake my little ass just like everybody else want to!

HipHopDX: Is there anything else that you want to share with HipHopDX?

Stay updated with HipHipDX for the full-length interview with Coi Leray coming soon.