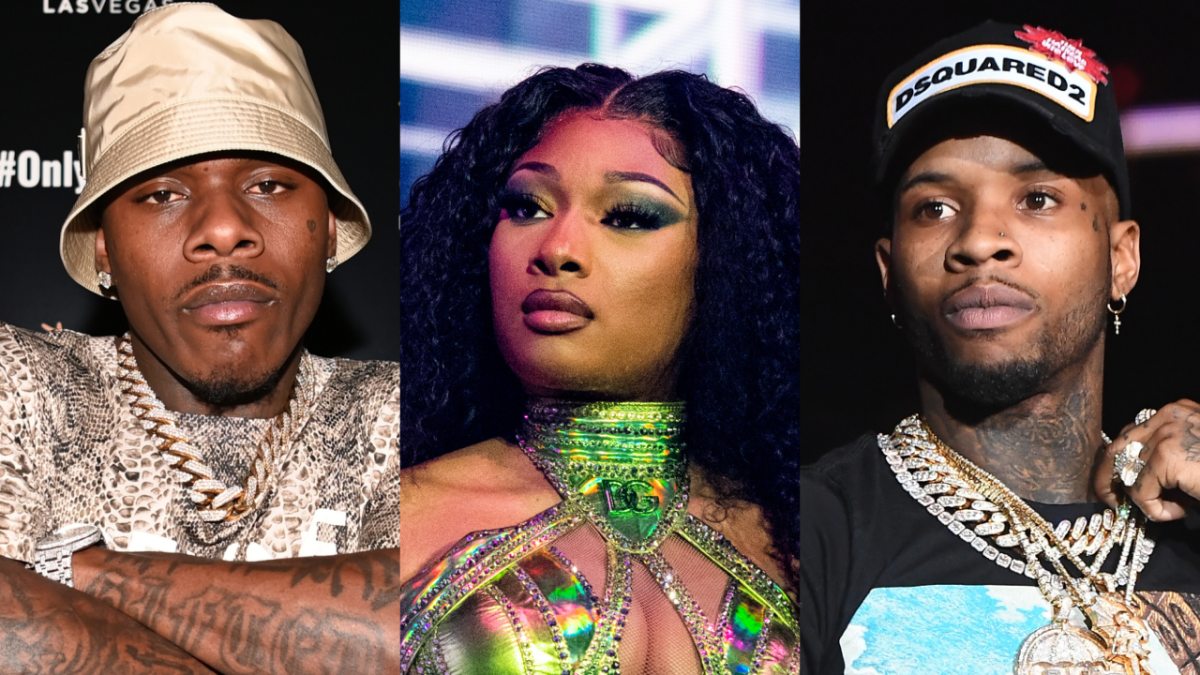 DaBaby has defended his claim about having sex with Megan Thee Stallion and has no regrets about collaborating with Tory Lanez.

The Charlotte, North Carolina native bragged about sleeping with Megan the day before Lanez allegedly shot her in the feet on his latest album Baby On Baby 2.

“You play with me, that shit was childish / The day before she say that Tory Lanez shot her, I was fucking on Megan Thee Stallion / Waited to say this shit on my next album / Hit it the day before too / But I kept it playa, I ain’t say nothing ’bout it,” he rapped on “Boogeyman.”

During his interview with Hot 97 on Tuesday (October 25), DaBaby addressed the salacious lyrics and revealed the track had been finished for a while.

“The song been done, for real, for real, damn near going on a year,” he explained. “And when I say something, it’s gonna go out. It is what it is. Like I say a long time ago, keep me out the business.

Hosts Peter Rosenberg and Ebro Darden clarified they felt the mention was weird because of the current legal battle between Megan The Stallion and Tory Lanez over the alleged 2020 shooting.

But DaBaby assured he wasn’t trying to bully Megan, claiming she already suggested they slept together by disapproving of him working with Lanez on “SKAT.”

“I don’t even wanna stir all this shit up, but I’m gonna respond to what she said. Anybody that can read between the lines, the shit was really already said,” he argued.

“Don’t turn the women’s empowerment shit on me because what you got going on with buddy. You know why you upset with me being on a n-gga song – you know why. You and me know why. You, me and a few other people, they know why, but I kept it player, ain’t say shit about it.”

In addition to their “SKAT” collaboration, DaBaby brought out Tory Lanez during his set at Rolling Loud Miami in 2021, further fanning fueling his fallout with Megan Thee Stallion. Tory’s appearance at the festival even violated his restraining order against Megan.

DaBaby defended his decision to bring out Tory Lanez at Rolling Loud by saying: “I don’t look at it like a good or bad. I ain’t that invested into they business. Like I say, off the rip, I got a song with him, it’s doing good. I could care less.”

Megan Thee Stallion appeared to respond to DaBaby’s hookup claim while performing at the 2022 iHeartRadio Music Festival in Las Vegas in September.