Cleveland, OH – The LeBron James-lead Cleveland Cavaliers were one of many teams vying for Kevin Durant‘s signature when the one-time NBA MVP entered free agency in the summer of 2016. Former Cavs player Iman Shumpert believes KD would’ve linked up with LeBron and co. had the Cavs beat the Golden State Warriors in the 2015 NBA Finals.

Of course, Durant ended up strengthening the already heavily-stacked Warriors, with whom he won two NBA rings, before bouncing to Brooklyn and forming another (albeit perpetually disrupted) “big three” alongside James Harden and Kyrie Irving in 2019.

Perhaps the Cavs were six years too early as it appears Cleveland-born rapper Doe Boy has finally discovered the key to luring Kevin Durant to the 216: his new album.

On Monday (January 17), Future‘s fast-rising Freebandz signee shared the cover art for his upcoming album Oh Really, which shows him posted up on Knowles Ave, the infamous East Cleveland block where he grew up.

“OH REALLY IS MORE THAN A ADLIB IT’S A LIFESTYLE 1/26,” he captioned the cover art, referencing the album’s January 26 release date.

Dipset legend Juelz Santana, multi-platinum producer Turbo and 2022 HipHopDX Rising Star Duke Deuce were among the horde of fans sharing their excitement in the comments section.

But the comment that towered above the rest came from KD, who reached out to Doe Boy with a very specific request. “Take me to Knowles ave when the album drop man,” he wrote.

Durant wouldn’t be the first big name to receive the Knowles Ave tour. In 2019, Doe Boy welcomed Future to his East Cleveland stomping ground, where they shot the music video for their “Most Wanted” collaboration.

The 27-year-old rapper gave fans a more intimate look into his hood in an episode of Civil TV’s Welcome To My Neighborhood series last year. “How was it growing up on this block?” he said. “It’s gon’ turn a little kid into a grown man, real fast.”

Doe Boy’s Oh Really isn’t the only rap album Kevin Durant is looking forward to. The Brooklyn Nets All-Star and Hip Hop aficionado recently gave Fivio Foreign a huge co-sign ahead of the release of his debut LP B.I.B.L.E., calling him a “star.”

KD is even set to make his own mark in the rap game by executive producing Young Thug protégé T-Shyne’s forthcoming project. 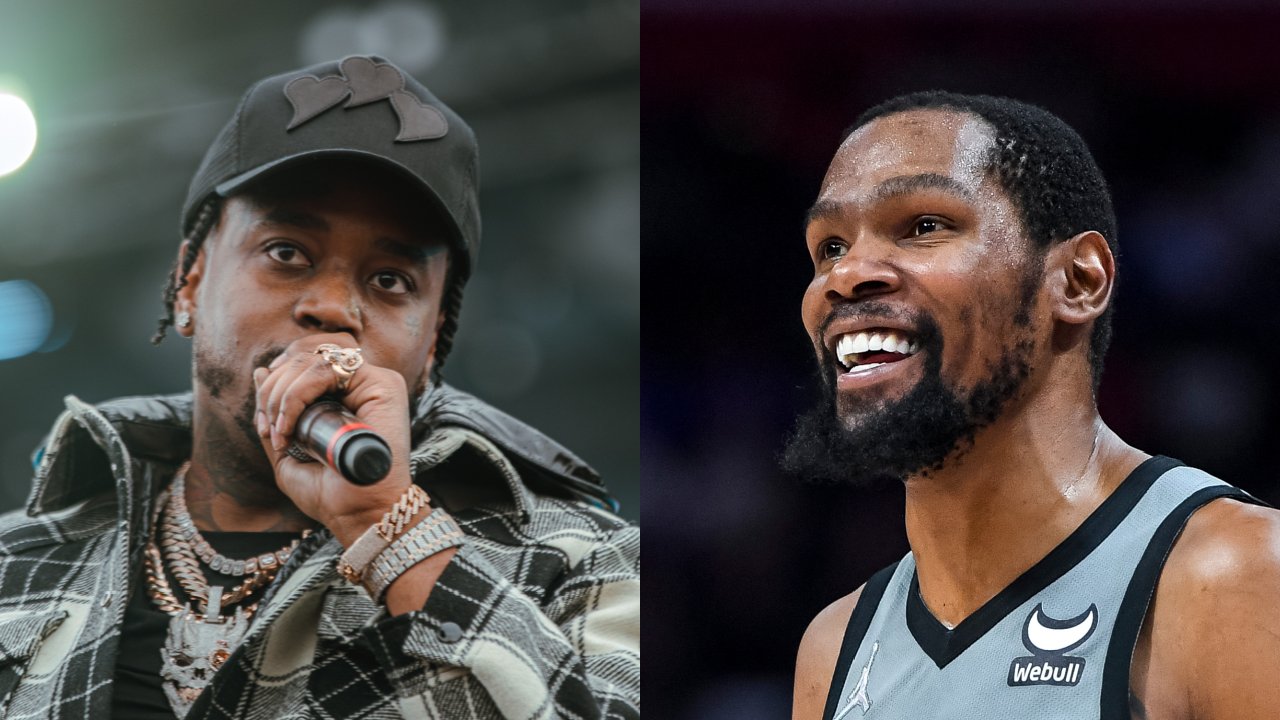 Doe Boy has yet to issue the tracklist for Oh Really, but the album is rumored to feature appearances from the likes of Drake — with whom he was spotted in the studio last year — Lil Uzi Vert, 42 Dugg, Rowdy Rebel and BabyFace Ray.

Meanwhile, with the four-year, $198 million contract extension he signed in August keeping him with the Nets until 2025 —at which point he’ll be approaching 37 years old — it’s unlikely Kevin Durant will ever call Cleveland home.