Thirsty fans won’t be getting a look at Doja Cat’s breasts despite her “Say So” track’s success. After previously claiming she would show her boobs “real hard” if the song hit No. 1 on the Billboard Hot 100, the RCA Records artist acknowledged she was merely trolling in an Instagram livestream on Monday (May 11).

We were played, duped, bamboozled 😂 @DojaCat

Doja originally made her declaration via Twitter on May 5. At the time, “Say So” — fresh off a remix featuring Nicki Minaj — was competing with Megan Thee Stallion’s Beyoncé-assisted single “Savage” for the No. 1 spot in the country.

Billboard confirmed Doja and Nicki’s “Say So” reached the top of the latest Hot 100 on Monday. According to Nielsen Music/MRC Data, the track experienced a 966 percent increase in sales for the week ending on May 7.

The song ascended from No. 6 to No. 1 thanks to 66,000 downloads and 30.3 million streams in the U.S. “Say So” originally appeared on Doja’s 2019 album Hot Pink, but the remix featuring Nicki wasn’t released until May 1. 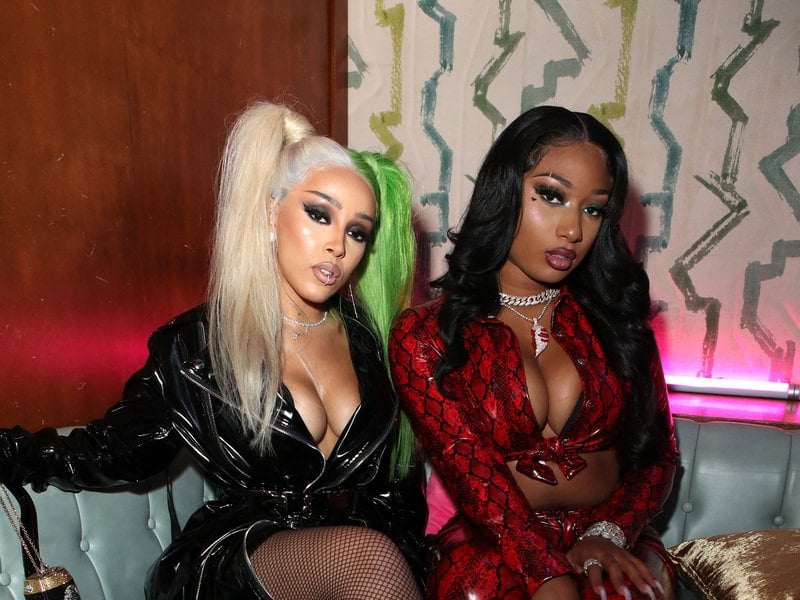 Doja and Nicki’s collaborative single is the first No. 1 song of both women’s careers. The latter also broke a record for a Billboard-charting artist’s longest wait to attain a No. 1 hit.

Nicki finally reached the top of Hot 100 with the 109th entry of her career, demolishing the former benchmark set by Justin Bieber. The Canadian singer formerly held the record after earning his first No. 1 song for his 47th entry on the chart.