Chicago, IL – Disgraced Empire actor Jussie Smollett claimed he was the victim of a Chicago hate crime in 2019 but as the police investigation progressed, detectives soon discovered holes in his story. Consequently, Smollett was arrested in February 2019 for felony disorderly conduct after turning himself in to the authorities.

Chicago police Superintendent Eddie Johnson said Smollett staged the attack because “he was dissatisfied with his salary.”

“I’m left hanging my head and asking why,” Johnson told reporters at the time. “Why would anyone, especially an African-American man, use the symbolism of a noose to make false accusations? How could someone look at the hatred and suffering associated with that symbol.

“How can an individual who has been embraced by the city of Chicago turn around and slap everyone in this city by making this false claim? Bogus police reports cause real harm.”

Now, TMZ reports Smollett will finally go to trial over the allegations next month after a Cook County judge denied Smollett’s request to have the criminal case dismissed. Smollett will have to face a jury of his peers over the 2019 incident after his legal team failed to convince the judge his rights were being violated.

His attorneys argued he’d forfeited his $10,000 bond and completed community service after striking a deal with Cook County prosecutors to have the case thrown out.

“A deal is a deal,” the attorney said. “That’s ancient principle.”

Smollett was hit with 16 felony charges in March 2019 in relation to the allegedly fabricated attack. All charges were inexplicably dropped just weeks later, sending shockwaves through the Chicago Police Department. In addition to all of the legal drama, Smollett wasn’t allowed to return to Empire for Season 6, which director Lee Daniels made abundantly clear while replying to a Variety article stating otherwise.

In February 2020, Smollett appeared before Judge James Linn and entered a not guilty plea on six new disorderly conduct charges following his indictment.

As the office of Special Prosecutor Dan Webb explained, “A Cook County grand jury returned a six-count indictment charging Jussie Smollett with making four separate false reports to Chicago Police Department officers related to his false claims that he was the victim of a hate crime, knowing that he was not the victim of a crime.” 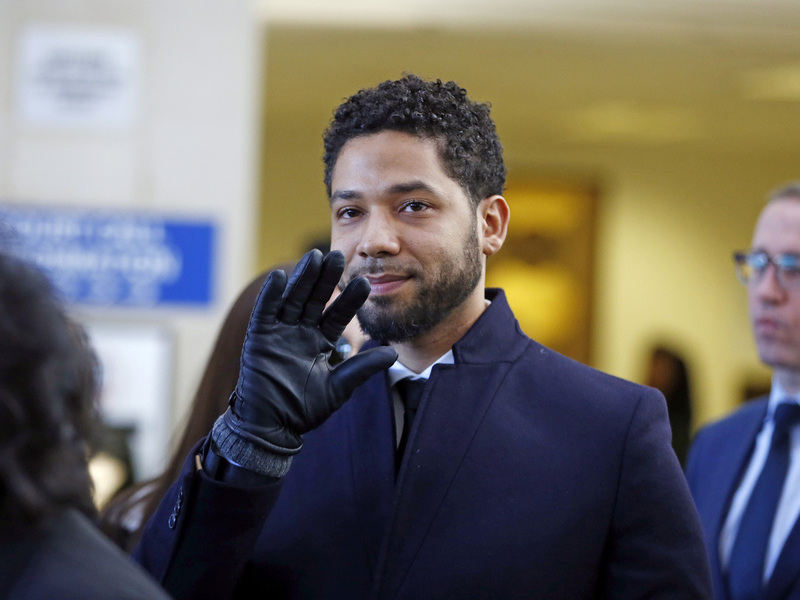 Jussie Smollett Tells Paparazzo ‘The Truth Is The Best Defense’

Jussie Smollett originally claimed he was attacked by two MAGA hat-wearing homophobic and racist men who beat him, put a noose around his neck and poured bleach on him. The two men who carried out the alleged crime, twin brothers Abel and Ola Osundairo, already knew Smollett.

According to Page Six, Smollett even had an intimate relationship with Abel.