Oakland born Guapdad 4000 has become one of the more unique personalities in Hip Hop. From first emerging as a viral meme to celebrate his birthday to jumping on tracks with Dreamville for Revenge of the Dreamers III, his fearless approach to living has made him a favorite among many.

When discussing his rather unique name, Guapdad tells HipHopDX that fans can thank fellow Oakland native Kehlani for the inspiration.

“Yeah, definitely,” Guapdad says. “Kehlani was my first partner that moved to L.A. I used to come to her spot and I was always trying to do different shit and bring shit back and this girl came over my house. I let her … she said she had a weird experience and fucked some dude and wanted to crash at my house.”

He continued, “I cooked her some suit and let her crash and then I woke up and some shoes and money and a camera were gone. So we had this big ass thing where I exposed her on Facebook for like, stealing from me and coming over and doing that shit. My camera was everything and it was a gift that I got from my mom’s homie while my mom was in jail so we could be productive and not sell crack. Everybody in Oakland had logged on to Facebook to read this post. And we were talking about that and said, ‘I bet we can bring back everything.’” 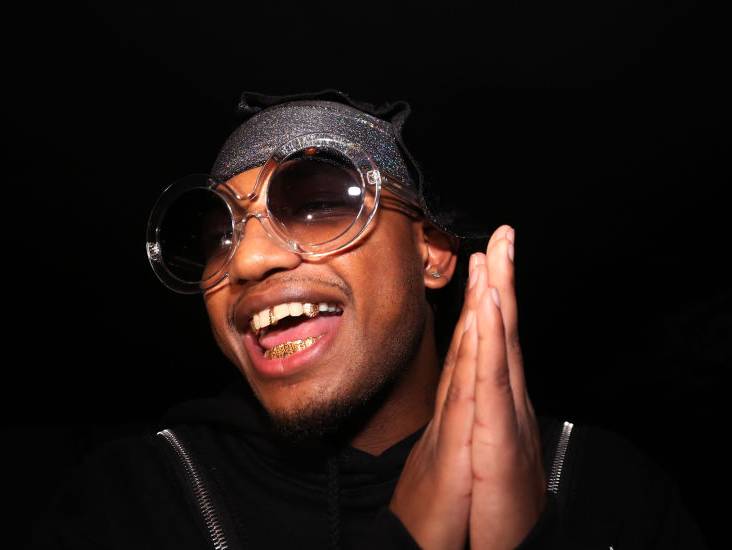 The duo attempted to bring back numerous ’90s and ’00s items such as Sidekicks, the popular T-Mobile phone as well as AOL Instant Messenger. It was here where the legend of Guapdad came to be.

“I was young GuapoGuapGuapGracias at the time,” Guapdad says of his AIM name. “It means handsome, money money thank you. The bitches would love it when I said that shit, you know? It’s funny and it’s a great ice breaker. After a brainstorm session, [Kehlani] was like, ‘What about Guapdad?’ I said, ‘Oh, I can be Young Guapdad!’ But we dropped the Young and added 4000 because every screen name needs a number. Andre 3000 already had 3000, so why not 4000?”