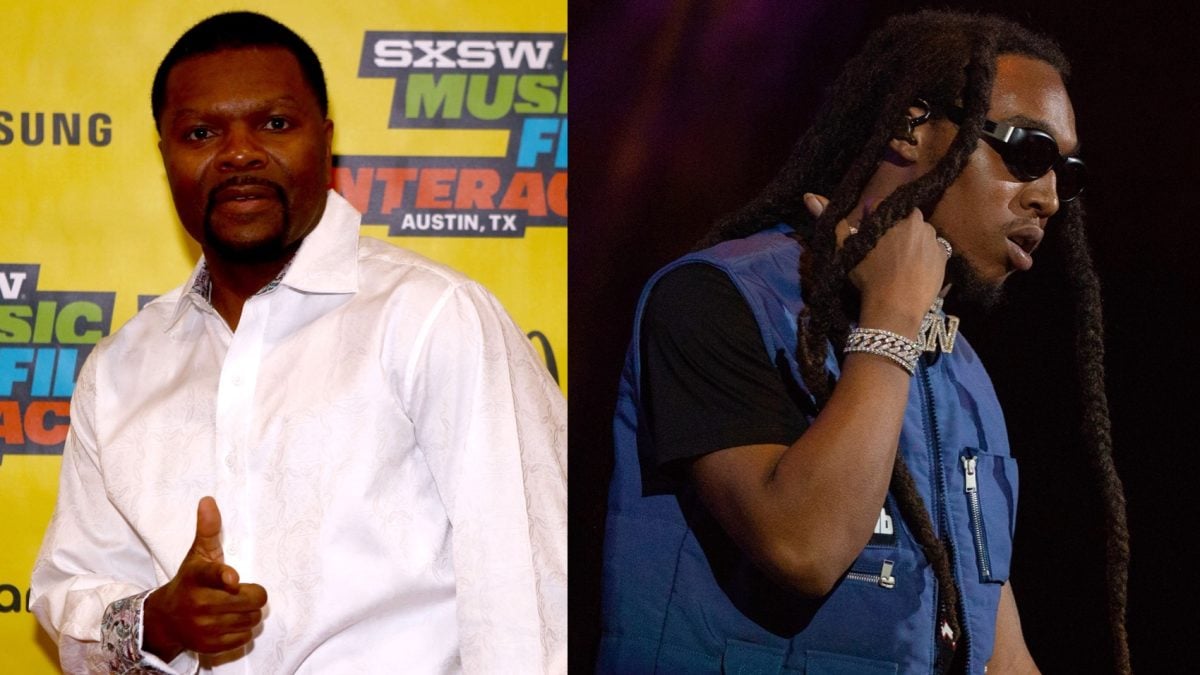 J. Prince and his family held a memorial this week in Houston at the site where TakeOff was tragically killed.

Prince, who did not attend the funeral, erected a tribute to the late Migos rapper with hundreds of roses outside 810 Billiards and Bowling. Doves were also released in TakeOff’s honor.

Given the circumstances surrounding the situation with many holding the Prince family responsible for TakeOff’s death, social media was buzzing with users who voiced their displeasure at the gesture.

“You would’ve thought J Prince Jr died but no…. This entire memorial is BS,” one user wrote on Twitter. Another tweeted: “J Prince should be ashamed of himself, why tf would you put y’all name in flowers at a Takeoff memorial site? Go tf to hell!!!”

After TakeOff’s untimely passing, Prince offered his condolences on Instagram and called for the killer to be brought to justice.

“The Prince family would like to send our condolences to the family and friends of a beautiful soul @yrntakeoff,” Prince wrote. “To Houstonians and families around the world, this one breaks my heart because Takeoff was a brother, a son, a role model, and a God-loving human being.”

He went on: “Grief is the price of love; a bill people from across the globe are paying right now as we mourn this loss. I’ve been knowing Takeoff, Quavo, and Offset for many years and there has been nothing but mutual love for one another and that ain’t going to ever change where we are concerned. This shouldn’t have happened. This shouldn’t have ever happened in our city. This shouldn’t have been recorded, and this damn sure shouldn’t be circulating across social media for family, friends, and fans to see.”

TakeOff was laid to rest on Friday (November 11) with a memorial service that was attended by over 20,00 people at State Farm Insurance Arena in Atlanta. During the funeral, Offset gave an emotional eulogy for his cousin and former Migos bandmate.

Cardi B also shared a heartfelt message in honor of TakeOff on the day of his memorial.

“Takeoff your untimely passing has brought a great deal of pain and sorrow to so many lives,” Cardi began her post. “The impact you had in this world was so considerable and we have struggled to grasp this tragedy. I am heartbroken but I am grateful for all the precious memories we got to share while you were here with us.

She added: “This has truly been a nightmare and the pain is incomparable. The emptiness your brothers are feeling is unbearable and I pray that you give Offset, Quavo, and your friends and family the strength to keep going as they are trying to cope with this loss.”