Leikeli47 keeps a relatively low profile, considering the mask and all. But on Monday (August 24), the elusive artist resurfaced with a new animated video for the song “Zoom,” the first offering from her forthcoming album Shape Up.

The track explodes with an infectious hook and braggadocious bars such as “I’m from the backstreet boy where it’s very rare we link/And if you sing the wrong note/We’ll put yo ass n sync/Originally from Virginia, DMV we squad in/Then I’d head up north to do my prospect parking/That’s a deadly combination, it ain’t safe after dark/Bring yo drip round here, we gon’ all turn to sharks.”

In terms of the visual, the side-scrolling, NES-inspired video features Leikeli47 and a mysterious new partner named Moriah battling bad guys on the freeway.

Shape Up, which will receive an official announcement in the near future, serves as Leikeli47’s follow-up to 2018’s Acrylic. Prior to “Zoom,” the last time she popped up was in August 2019 on the Rapsody song “OPRAH” from the critically acclaimed album EVE.

Since emerging with 2017’s debut Wash & Set – one thing hasn’t changed — her infamous mask. In a 2015 interview with Vice, Leikeli47 explained why she’s always rocking a face covering.

“It distracts from everything that everybody would normally go to — what’s she look like, what’s her shape, her complexion,” she said. 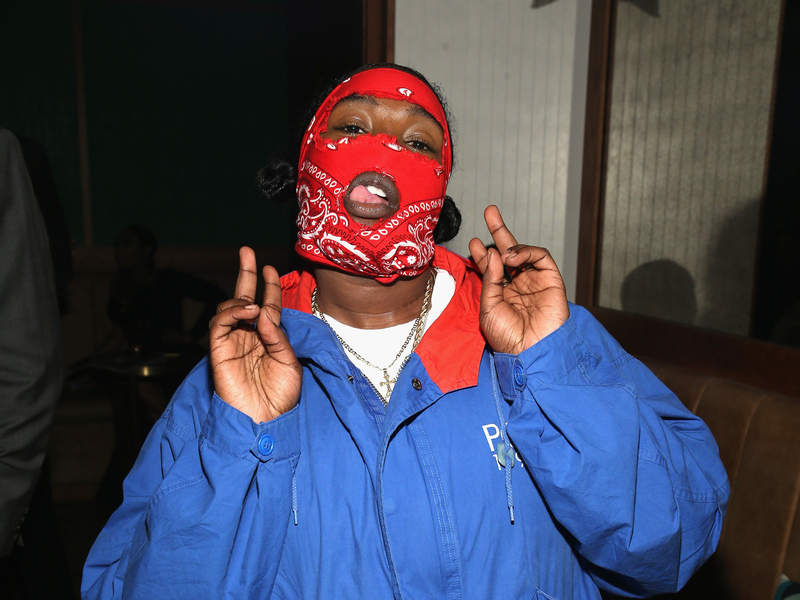 Instead, LK wants people to focus on her music. “It’s the funnest thing ever,” she said.”It’s like an escape. You hear that boom bap, and you just want more. It’s fun! I’m a kid. I’m never growing up, and I don’t care what anyone has to say.”

No release date for Shape Up has been announced. Until then, bump “Zoom” above.