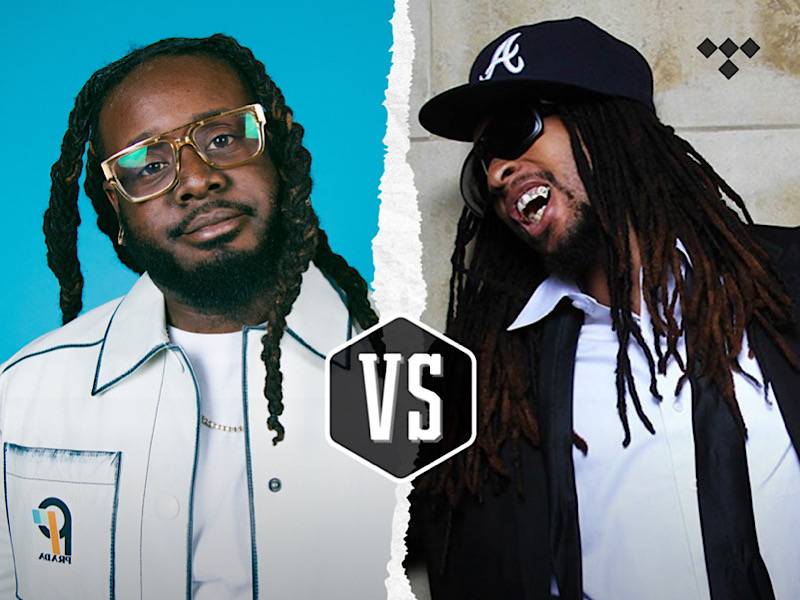 Genre-shifting titans T-Pain and Lil Jon went head-to-head in another edition of the popular Instagram Live battles on Saturday (April 4). With 280,000 viewers watching, the two upped the ante by sharing some unreleased songs during their clash.

But what really stood out was the vibe of this battle, which felt like friends just playing songs for each other. There was barely a moment when the two weren’t dancing and singing every word of every song.

Things kicked off in a big way with Jon exclaiming, “Wow, we starting off strong.”

T-Pain quickly remarked, “Jonathan, this is all we have.”

And boy, was he right.

Officially earning the title of the highest streamed battle to date, there were tons of highlights — much of which took place in between songs. High-profile brands like the UFC, Fashion Nova, Sports Illustrated and even Netflix showed up on the stream and were active in the comments.

While the songs were enough to entertain, the banter made it even better. Jon told Lizzo he had a beat for her, much to Twitter’s delight. T-Pain revealed he had a remix of K Camp’s smash single ”Lottery” on deck too then thanked Chance The Rapper for the Grammy plaque he received for his appearance on “Finish Line / Drown.”

Some moments drew mixed reactions though. Case in point was Jon spouting some anti-vaccine and pro-Dr. Sebi rhetoric.

T-Pain dropping his verse from R. Kelly’s ”I’m A Flirt (Remix)” also raised eyebrows. The questionable move even caused the Pied Piper to trend on Twitter.

9pm EST !!! Tonight it’s going to be a party at VERZUZ! Let’s see what these 2 hit makers want to say about the Zone tonight … @tpain vs @liljon #VERZUZ #VERZUZTV 9pm est @timbaland we got another one🙌🏽 Who you have for tonight ????? On Live

For music nerds, the battle did hold a few interesting revelations. One came when Jon played Capleton’s “Tour,” which appeared on the 1995 album Prophecy.

“This was my first #1 record … my first gold record,” Jon said. He also produced the single ”Wings Of The Morning (Remix)” featuring Method Man and two other songs on the LP.

As a special bonus after the battle, Jon premiered a brand new song by Usher and Ludacris with writing by Jermaine Dupri. He added it was two years old, which immediately sent the comment stream on fire.

T-Pain then premiered two songs of his own, one a self-proclaimed “fuck record” in which he sings Auto-Tune free. The other song was a Chris Brown collab titled “Wake The Dead.”

Check out the action from the battle below.