Quavo has long been a fan of Crash Bandicoot and has the iced out Aku Aku chain to prove it. Now he’s been tapped to bring his fandom to a new ad for the game.

In the 30-second ad spot for Crash Bandicoot 4: It’s About Time that premiered Monday (September 28), the Migos rapper raps about the video game and then freestyles with Crash himself. The game officially arrives on Friday (October 2) through PlayStation 4 and Xbox One.

Earlier this year, Trippie Redd called out Playstation for giving Quavo an early preview of the game because, according to Trippie, he’s the way bigger Crash Bandicoot fan of the two. 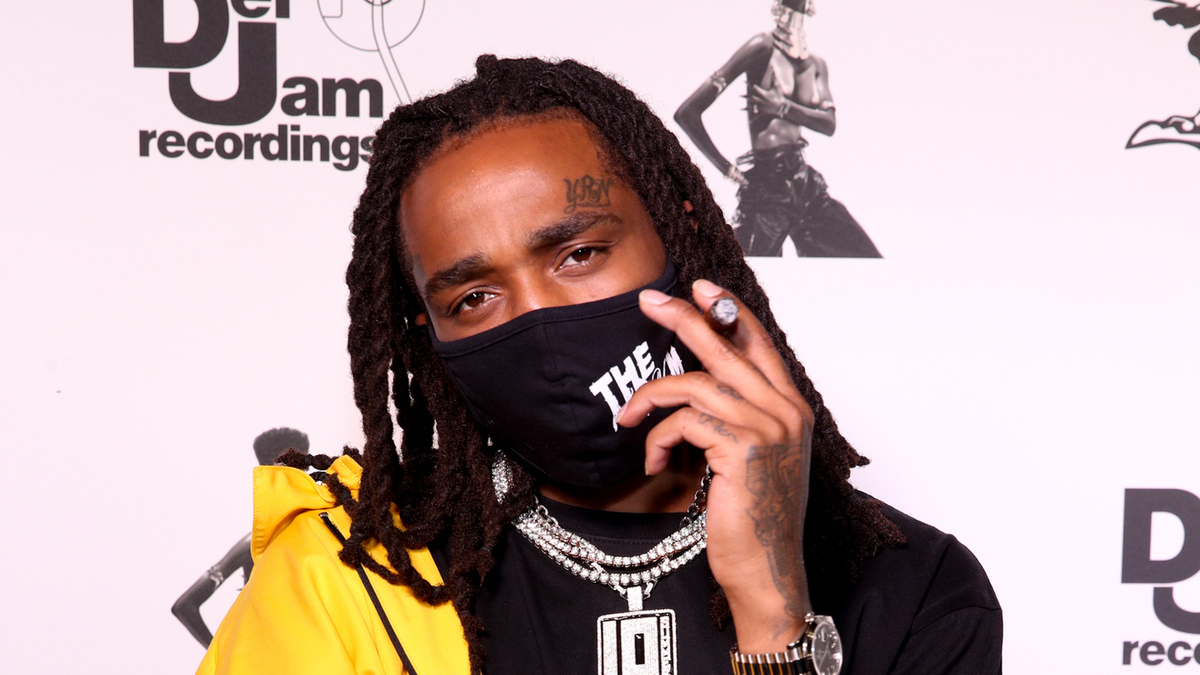 Quavo Hints At Hitting The Studio With Post Malone

“Guys, I am appalled,” he said in an Instagram Story video in June. “Growing up, hands down, my favorite game was Crash Bandicoot. Hands down, I have the biggest Crash Bandicoot chain. I got Aku Aku. Huge as fuck! I paid $500,000 for my chain. Why am I not playing the game before it comes out — shout out my dog Quavo. But damn! That’s my favorite all-time game and I’m not playing it early! Crash Bandicoot, we gonna do some talking. Real talk. Because I’ve been supporting for years!”

The company responded, reposting the clip and promising to make it worth his while.